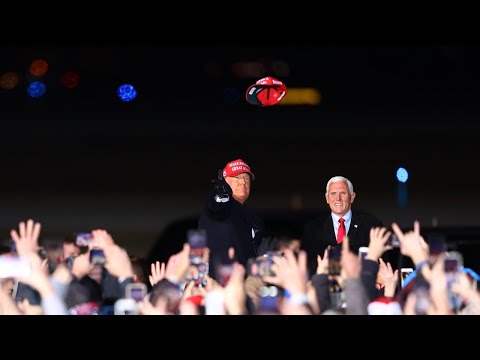 It would be asinine for a POTUS who has policies of lifting up ordinary Americans regardless of their country to lose to the F’N greedy as f*** globalist who sold the country out to Communist China because of a virus that Communist China could have curtailed much more if they warned the world much earlier and they didn’t repress their own citizens.

It would be awesome if Trump wins a historic victory with minority support being much higher than in 2016. The Trump is a racist talk by the mainstream media was always complete BS. Trump is just factual when trying to solve problems. Sure he sometimes exaggerates problems but if anything some of the problems that Trump has outlined are even more dire than even Trump suggests.

Sadly, Joe Biden is the real racist and that is very clear if you hear all of his public comments over the years. Despite not being a fan of President Obama, I have sad that Obama had to settle for a racist like Joe Biden as his VP. I actually don’t throw around the term racist too often since it is overused but if you honestly evaluate all of Joe Biden’s public comments over the years, it sure appears as though he is racist. Indian Americans don’t all work at 7 Eleven’s. You can be black and vote for Trump. The list goes on and is quite extensive.

Biden is one of those people that at best was extremely unethical in profiting off of public service. Paid off by Communist China.
We all know Trump is an entertainer that can exaggerate and can fight fire with fire. But Joe Biden is a traditional politician but he is one that has just lied a lot to the American people in ways that are quite egregious. He also plagiarized.

What is the need to have Time and Attendance Management Software For Your Business?