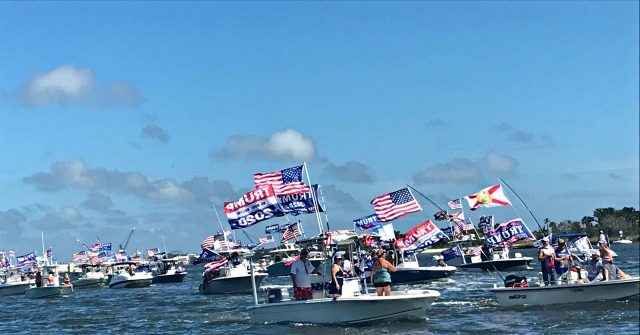 President Donald Trump on Monday said he was honored by the massive crowds of supporters sweeping the nation ahead of Election Day.

One reporter asked Trump whether he was nervous about any part of Election Day the following morning.

Trump recalled that he experienced the same spirit in 2016, but that the energy for his campaign was now so much stronger and the crowds were bigger.

“Nobody has ever seen this before and, you know, I’m honored to be a part of it,” Trump said.

The president singled out the organic rallies and parades of support across the country as a symbol of the movement.

The president spoke to reporters prior to his rally in Kenosha, Wisconsin – his fourth rally of the day.

Tens of thousands of supporters showed up for his political rallies earlier in the day in Fayetteville, North Carolina, Scranton, Pennsylvania, Traverse City, Michigan.

The president will conclude his final campaign rally before Election Day in Grand Rapids, Michiga, tonight.

Watch Live: Donald Trump Hosts a Campaign Rally at The Villages in Florida