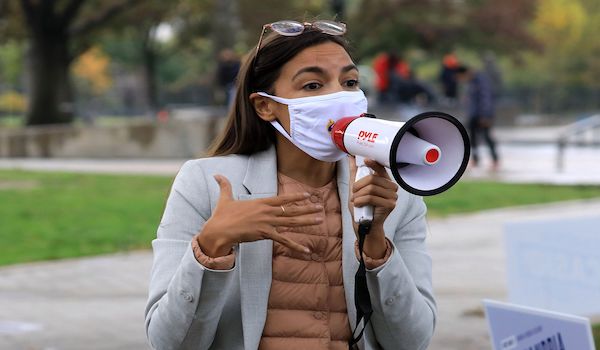 New York Democratic Socialist Alexandria Ocasio-Cortez bashed President Trump in a recent Vanity Fair interview. She called him a “motherf—ker” and implied he’s a tax cheat. Ocasio-Cortez, also known by her initials “AOC,” has been an outspoken critic of Trump for years.

The interview took place shortly after The New York Times reported Trump had only paid $750 in taxes for the year. AOC wasted no time in criticizing the President. “These are the same people saying that we can’t have tuition-free public colleges because there’s no money… when these motherf–kers are only paying $750 a year in taxes.”

Representative Ocasio-Cortez, who identifies as a “Democratic Socialist,” thinks college education, health care and housing should be free. Of course, nothing is free, she just thinks successful Americans should pay for it through outrageous taxes. AOC and some of her colleagues in Congress have suggested a 70% tax rate on top earners.

The Congresswoman didn’t stop there. She went on to pull out the tired old racist accusations against President Trump. AOC also bashed Republican Senate Majority Leader Mitch McConnell. “Trump is the racist visionary, but McConnell gets the job done. He doesn’t do anything without Trump’s blessing. Trump says, ‘Jump.’ McConnell says, ‘How high?’” 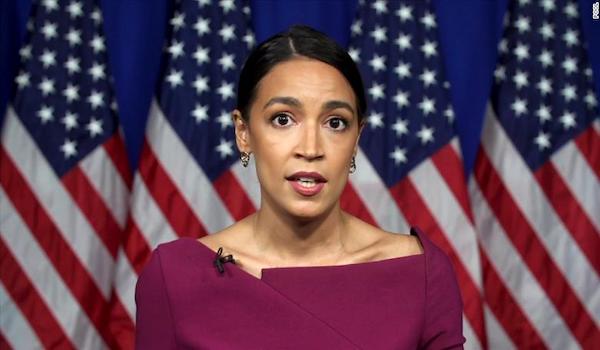 AOC represents the new generation of radical Lefties in Washington. She’s also been critical of her own Democratic colleagues because they’re not far-Left enough.

In the Vanity Fair interview she claimed the current Democratic party is “not good enough right now” and needs to get better. The Congresswoman hinted that she would leave the House of Representatives at some point to run for a higher office. “You know how many Trumps there are waiting?” she said.

With the presidential election just a few days away, tensions are running high across the country. AOC acknowledged this in her interview, saying the election isn’t about Trump or Biden. “It’s about a decision between two countries.” She’s right about that.

The American people must decide if they want freedom, peace and prosperity. Or do they want more lockdowns, higher taxes, a tightly regulated second amendment and a Supreme Court packed with radical Left-wing justices. Choose wisely.