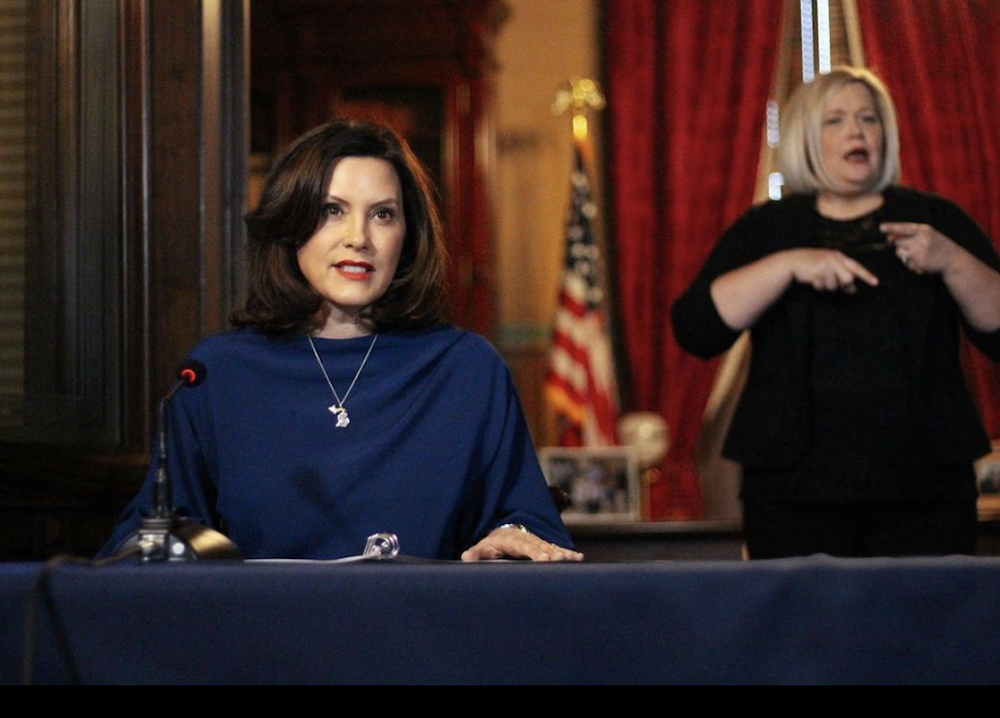 The Michigan Department of Health and Human Services (MDHHS) is requiring restaurants, barbershops, tattoo parlors, recreational facilities, and entertainment establishments to record the names, contact information, and visit times of all customers to “aid with contact tracing.” Any establishment that does not comply is threatened with a maximum $200 fine and a misdemeanor charge punishable with up to six months in prison.

In addition to scaling back the number of people at gatherings at indoor venues from 500 to 50, the order also advised against shouting and screaming at events, claiming that cheering could spread the virus in the air 30 times more than speaking. The newly announced restrictions also emphasized and extended the use of face masks, including on children as young as 2 years old at daycare, school, or “similar indoor settings.”

Earlier in the year, Whitmer signed an executive order threatening a misdemeanor charge and $500 fine for anyone wouldn’t wear a face mask in public indoor and crowded outdoor spaces.

Whitmer and her administration have received criticism for her handling of the coronavirus after she signed an executive order similar to New York Gov. Andrew Cuomo’s ordering nursing homes and assisted living centers to readmit infected patients into facilities filled with vulnerable people.

“A long-term care facility must not prohibit admission or readmission of a resident based on COVID-19 testing requirements or results in a manner that is inconsistent with this order,” Whitmer’s May executive order reads. The elderly are by far the majority of those who have died with the virus present in their bodies.

The Greater Danger of Israeli Provocations in Syria