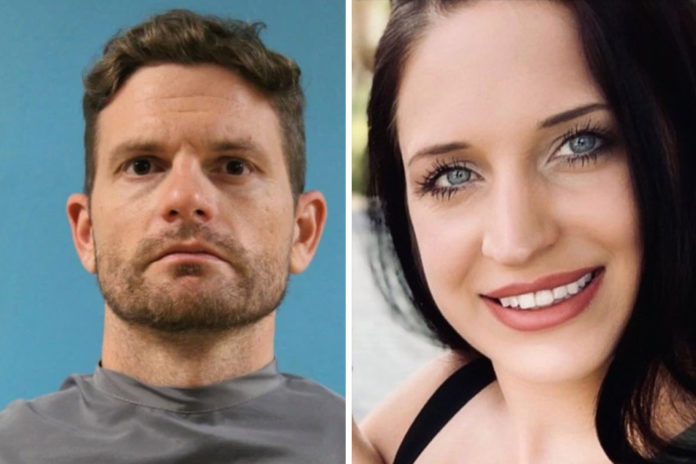 TEXAS — A Rowlett man who allegedly gunned down his ex-girlfriend in the midst of a bitter custody dispute has been charged with possessing an unlicensed firearm silencer.

Andrew Charles Beard, 33, was charged via criminal complaint. He was arrested Thursday afternoon and made his initial appearance before Magistrate Judge Renee Toliver Friday morning.

“Given the brutality of his alleged crimes, it’s unthinkable that Mr. Beard bonded out of county jail,” said U.S. Attorney Erin Nealy Cox. “I am proud that our federal law enforcement partners acted quickly so that we could file federal charges. It is our fervent hope that justice will be swift, and that Mr. Beard will be kept behind bars — state or federal — before he can inflict more harm.”

“ATF is steadfast in its pursuit of domestic abusers in possession of firearms illegally. Mr. Beard will now face the full force of the United States Justice Department and all of its law enforcement partners,” said ATF Special Agent in Charge of the Dallas Field Division Jeffrey C. Boshek II.

According to the complaint, Beard allegedly attacked his ex-girlfriend, Alyssa Burkett, outside her office on Oct. 2. Ms. Burkett, who was found with multiple stab wound to her torso and a possible gunshot wound to the head, died at the scene.

A coworker, identified in the complaint by the initials “M.J.,” told officers she’d observed a black-clad man climb out of a truck and take aim at the victim. It is believed that Beard allegedly disguised himself as a Black man during the attack. Watch the video report below

Burkett’s friends and family informed officers that she and Beard were involved in an acrimonious dispute over the custody of their child. Two days prior to the shooting, records show, a judge awarded custody of the child to Burkett.

Burkett’s mother, “T.C.,” and her boyfriend, “B.E.,” told officers that Burkett feared Beard would kill her. B.E. said Beard was “overly obsessed” with the victim and their child. Her coworker, “M.J.,” reiterated the same concern, adding that Burkett was worried she was being tracked by Beard, who always seemed to know her location.

During a search of Beard’s residence, investigators found a matching Spy Bot battery and a third tracking device in the upstairs loft. They also uncovered a .22 caliber revolver and a homemade gun silencer zipped into a baggie inside a toolbox in the garage. (Detectives believed the silencer was homemade because the threaded portion that would attach to the barrel and the muzzle end of the silencer were off center.)

An ATF analysis revealed that the metal cylinder, which included an expansion chamber, met the federal definition of a firearm silencer.

A search of the National Firearms Registration and Transfer Record (NFRTR) did not pull up any silencers registered to Beard, and the homemade silencer recovered from Beard’s home lacked the serial number required for registration.

Federal law prohibits possession of an unregistered silencer, defined as any device designed to silence, muffle, or diminish the report of a potable firearm.

If convicted, he faces up to 10 years in federal prison for the silencer charge.

Following his ex-girlfriend’s death, Beard was charged by the state with murder. Last week, he was released from Dallas County Jail on $1 million bond. He was taken into federal custody on Thursday afternoon, and prosecutors will seek federal detention.