“Thirty-four percent of the voters believe there will be another Civil War within the next five years and I’d like to remind them of one thing: America is a family and the definition of family is people who hate each other without resorting to violence,” he said.

“We have to see each other not as mortal enemies but rather merely as roommates from hell.”

Maher mocked “rich celebrities” who threaten to leave the country but never do and said that citizens who want to divide the country into red and blue states should “shut the f— up.”

“Take it from someone who has traveled this country my whole life: There are no red states or blue states. They’re all like Mitch McConnell’s hands — some shade of purple,” Maher said. 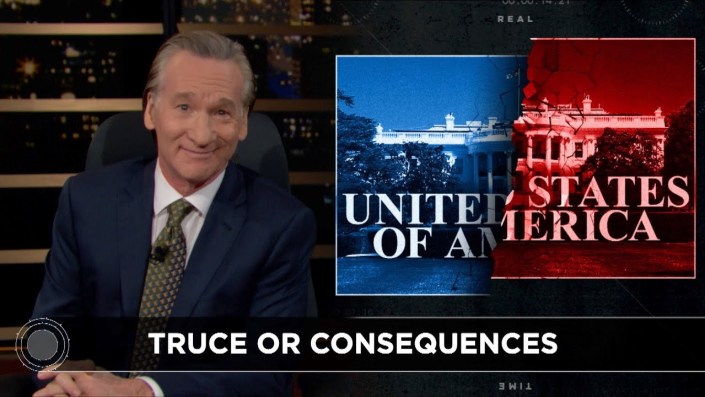