British Prime Minister Boris Johnson announced that England would undergo a second nationwide lockdown through the start of December, ahead of the winter holidays.

“Now is the time to take action because there is no alternative,” Johnson said as the United Kingdom surpassed 1 million cases this weekend. “Unless we act, we could see deaths in this country running several thousand a day. … Christmas is going to be different this year, perhaps very different, but it’s my sincere hope and belief that by taking tough action now, we can allow families across the country to be together.”

“From Thursday until the start of December you must stay at home, you may only leave home for specific reasons”

Boris Johnson announces an England-wide lockdown, saying “Now is the time to take action, because there is no alternative”https://t.co/Aq1IbHukyq pic.twitter.com/WbJXnlAhE9

The new four-week lockdown follows a stricter three-week lockdown implemented earlier this year, which closed down bars and restaurants, restricting such establishments to take-out only. Households, meanwhile, are confined to interacting with one other household. The few exceptions for leaving home include shopping for essential items, exercising, or escaping harm.

“I’m afraid non-essential shops, leisure and entertainment venues, will be closed,” said Johnson, who was hospitalized for a serious case of COVID-19 infection in April.

The chart below from the BBC outlines the new November restrictions starting next week: 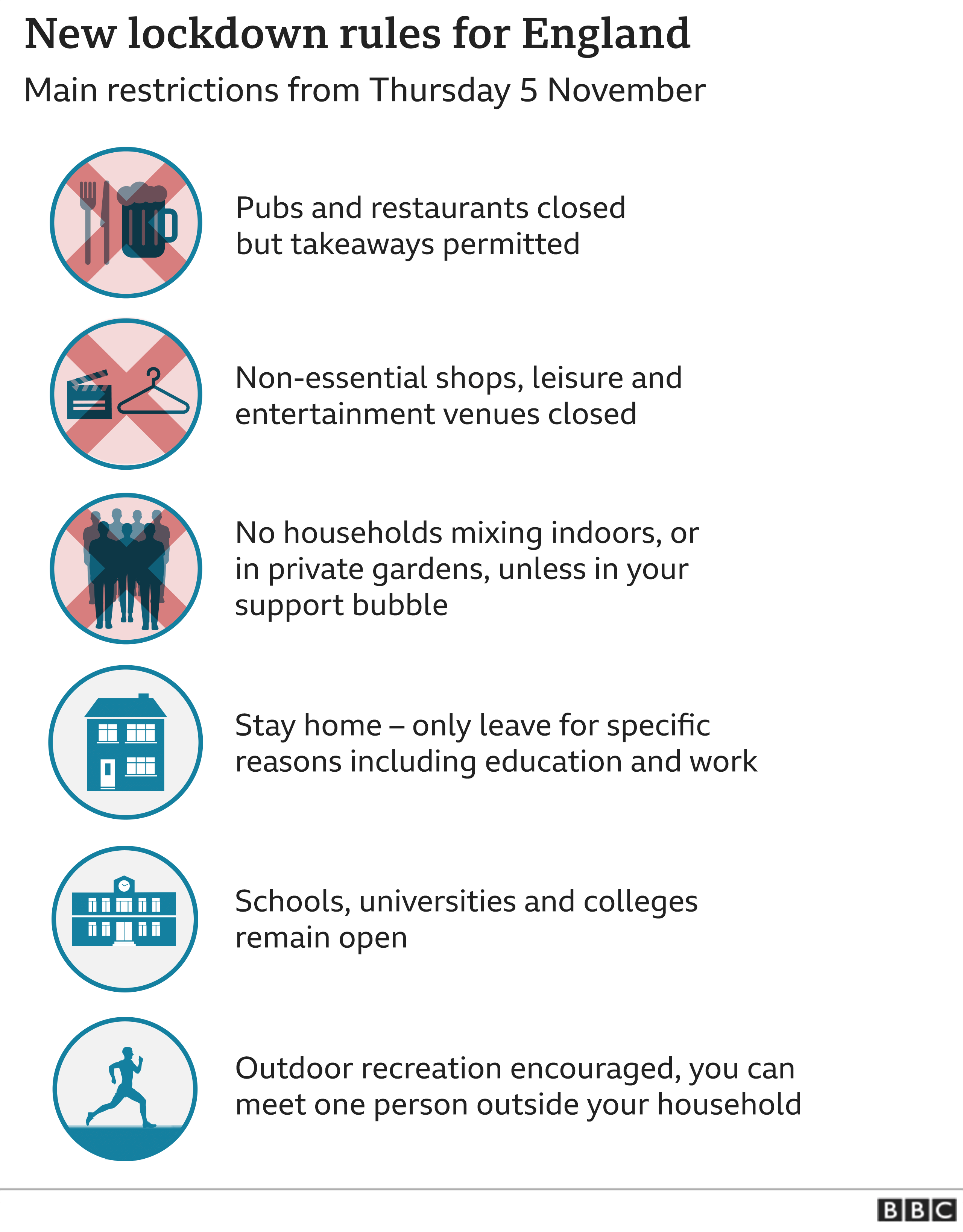 Johnson’s announcement of a new English lockdown follows leaders in Germany and France reimposing nationwide restrictions as Europe struggles to confront a coming winter wave in the absence of a safe and effective vaccine before the end of the year.

According to the latest data from Johns Hopkins University, nearly 46 million people worldwide have been infected by the novel Wuhan coronavirus. That number is likely higher, however, given dubious reporting from its nation of origin and the number of infections that go untested.