Social media giant Twitter suffered a stock price crash of more than 21 percent in intraday trading following the release of the company’s Q3 report. The company reported its slowest growth in years as many companies also bought less advertising on the platform during the quarter.

CFP superstar Victor sent this photo of his daughter’s pumpkin… 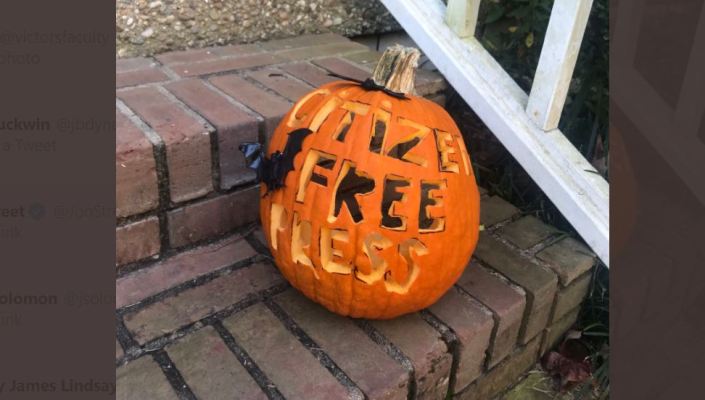 Video: “Human 2.0”? Humans Melding with Artificial Intelligence. A Wake-Up Call to the World