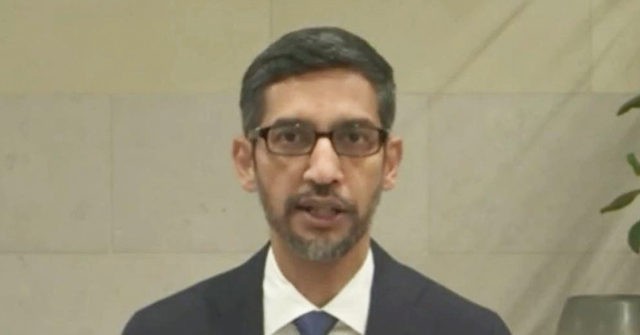 The hearing will start at 10:00 a.m. Eastern on Wednesday, titled, “Does Section 230’s Sweeping Immunity Enable Big Tech Bad Behavior?” The hearing seeks to determine if Section 230 of the Communications Decency Act grants big tech companies too much power to censor free speech on the Internet without significant legal recourse.

The hearing will examine if Section 230 is outdated and determine the merits of legislation to reform Section 230.

The hearing will also feature three of Silicon Valley’s most powerful tech CEOs, including:

The hearing follows as Twitter and Facebook censored a New York Post article saying that, contrary to Joe Biden’s claims, Biden allegedly met with an executive at Burisma when he was vice president. Hunter Biden, Joe Biden’s son, reportedly arranged the meeting while he was working as a lobbyist for the company.

You take somebody like my friends Diamond & Silk, they are constantly censored or blocked or throttled. You look at the president’s campaign account, it’s been throttled. These are things that are happening to conservatives. Big tech should say, “We’re delighted that you’re using our platform. We want to be fair and equitable, and we want everyone to realize we’re a great information service.” But no, that’s not what they’re doing. Now they’ve decided they’re a news service. But do they have a news director? No.

Follow Breitbart News for more coverage of this hearing.