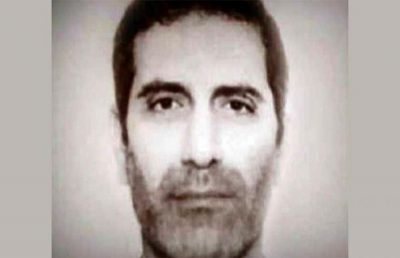 In June of 2018, Iranian diplomat Assadollah Assadi was arrested in Germany on his way back to Vienna. He has been accused of involvement in a plot to bomb a rally of supporters of the People’s Mojahedin Organization (MEK), a terrorist group that seeks the overthrow of the Iranian government. Mr. Assadi has been incarcerated since his arrest, without trial.

There are many troubling aspects to this arrest. In order to better understand them, we contacted Professor Eileen Denza, a globally known and distinguished Professor of International Law. She has no close association to Iran; in fact, she has criticized the Iranian government when she felt it was in violation of international law. She looks at the law, without regard to political considerations. Her responses to our questions are below.

Robert Fantina: As you know, Assadollah Assadi, a diplomat of the Islamic Republic of Iran, was arrested on his way back to work in Vienna while crossing Germany in July 2018, and his case was sent to court in July 2020 after two years. Was the German Government authorized to do so under the 1961 Vienna Convention?

Professor Eileen Denza: On the information given to me, Mr Assadi was a member of the diplomatic staff of the Iranian Embassy to Austria, and at the time of his arrest he was in transit through Germany in order to return to his post. Under Article 40 of the Vienna Convention on Diplomatic Relations he was therefore entitled to ‘inviolability and such other immunities as may be required to ensure his transit or return.’ Germany was therefore not entitled to arrest him.

RF: Given the text of Article 40 of the Convention and the emphasis on the duty of the third State vis-à-vis a diplomat returning to his workplace, has there not been a clear violation of the Convention concerning our country’s diplomats?

PED: On the information given to me, Germany was in violation, but I have not seen the judgments of the German court and so do not know the reasons why they took a different view.

RF: Were the actions of the German and Belgian Governments contrary to the purpose of the Convention on Diplomatic Relations enshrined in its preamble, that is to develop friendly relations between States and to ensure the effective functioning of diplomatic agents?

RF: In your opinion, legally speaking, what should be the response of the Islamic Republic of Iran to this violation of international law?

PED: On the assumption that Iran believes there was a breach of the Vienna Convention, their first response should be to protest to the Governments they believe to be in breach.

RF: In your opinion, what can be the role of the legal community and lawyers, especially professors and researchers of international law, in this case?

PED: In the first instance to ensure that they are fully informed as to the facts of the case and the reasons why courts in Germany and in Belgium took the view that Mr Assadi was not entitled to inviolability under Article 40 of the Vienna Convention on Diplomatic Relations.

During this time of global instability, caused mainly by the United States, it is increasingly vital that all nations adhere to international law. There are two main issues in this situation:

Much of the world seems to take its cue from the United States, a violent, racist and brutal regime. The administration of President Donald Trump, which may or may not be ending in three months, has torn the mask off any semblance of support for self-determination and respect for international law that the U.S. pretended to encourage. Without the rule of law there will be total chaos internationally, a situation that the U.S. has sewn in many nations and wants to sow in Iran. Terrorist organizations must be condemned, and people around the world must be supported in choosing their own form of governments.

The words and judgment of Professor Denza support law, and the rogue nations of the world, such as the United States, Israel and Saudi Arabia, must abide by international norms.