Two Philadelphia police officers are under scrutiny after they refused to allow 27-year-old Walter Wallace stab them in a violent frenzy.   After retreating from the confrontation; and after being chased by Mr. Wallace; the officers eventually shot and killed the attacker.

Black Lives Matter and the Philadelphia social justice network immediately activated to steal electronics, loot retail stores and start fires in a quest to achieve justice for Wallace.  The police are overwhelmed and the looting continues across the city of brotherly love while the media calls their behavior “protesting”.   Nothing solves violence like a brand new pair of looted Nikes.  Yes, stop me if you have heard this bef…

[…] The office of Gov. Tom Wolf said earlier Tuesday that several hundred National Guard personnel were being deployed in the city “to protect the right to peacefully assemble and protest while keeping people safe.” The decision was made at the request of Philadelphia County, his office said. (read more) 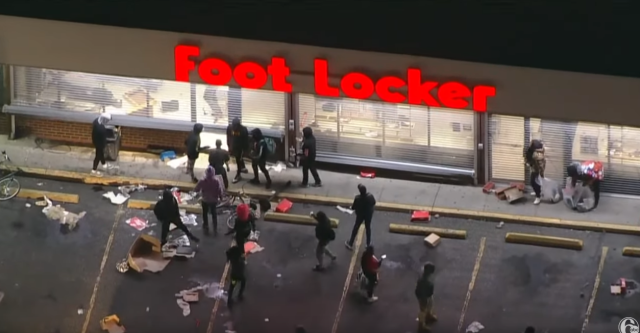 BREAKING: a Wal-Mart has been heavily vandalized and looted by BLM

The police have lost control of this area. Complete pandemonium via @ElijahSchaffer pic.twitter.com/gscSpt8MqX

BREAKING – Hundreds of looters break into stores on a strip mall on Aramingo Avenue in #Philadelphia , live look at the scene. The strip across the street from this one is also being looted at the moment pic.twitter.com/Z3gHD1j4sq

DEVELOPING: Multiple people including reporters have been shot and/or assaulted during looting & riots currently in #Philadelphia—at least 3 dead with no National Guard in sight.