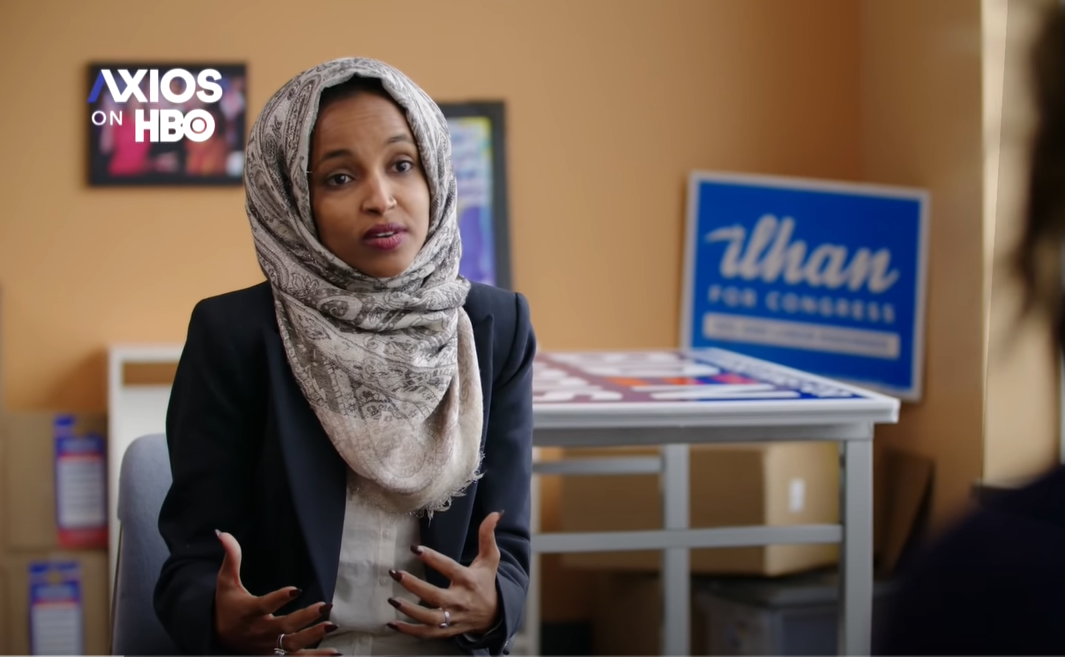 Minnesota Democratic freshman Rep. Ilhan Omar said she and her socialist comrades in Congress expect former Vice President Joe Biden to shift even further to the left after the election, even more than the 77-year-old Democrat has already veered upon clinching the nomination.

“A president is only as successful as his collaboration with Congress,” Omar told Axios in an interview published Monday. “We will have a cohort of progressives that are very clear about their objectives for wanting the implementation of Medicare for All and a Green New Deal and raising the minimum wage and not allowing for fracking.”

Each item has already been endorsed Democratic vice presidential nominee Kamala Harris, if not Biden, explicitly. Though Biden has tried to create distance in recent weeks between himself and items such as the Green New Deal and fracking, the former vice president pledged repeatedly throughout the primary he would end fossil fuels while his campaign website still emphasizes the candidate’s embrace of the Green New Deal.

Biden has already cast himself as the most progressive major party presidential candidate in modern American history, before the former vice president even captured the nomination in race against self-admitted socialists.

“From health care to climate change to criminal justice, Biden has proposed ideas more ambitious and liberal than policies supported by Hillary Clinton in the 2016 campaign,” McClatchy declared in September of last year. “Biden’s current set of policy prescriptions would likely be considered radical if they had been proposed in any previous Democratic presidential primary.”

Biden’s leftward shift only accelerated following the conclusion of the primary. In July, Biden’s team hammered out the 110-page “Unity Task Force Recommendations” with socialist Vermont Sen. Bernie Sanders’ getting the new nominee to sign onto taxpayer-funded college tuition and billions of dollars for “environmental justice.”

“The compromise they came up with, if implemented, will make Biden the most progressive president since FDR,” Sanders celebrated on MSNBC.

By the time Biden tapped the most liberal senator in the upper chamber to join him on the ticket, the Democratic nominee had already proposed $10 trillion in new spending.

Biden’s recent illustrated willingness to serve as a vehicle for the left’s revolution has given reason for the House’s socialist “Squad” members to be optimistic.

“I know that when the policy platform was being put into place, a lot of our feedback was incorporated throughout his platform,” Omar said. “In some spaces, it doesn’t go as far as, you know, I would like or Bernie [Sanders] would like. But we know that that responsiveness is a signal for us to do what we know to do best as progressives, which is to push and to mobilize our base trying to accomplish these policy objectives.”

The “Squad,” which includes reference to the four freshmen progressive members of the lower chamber, Omar, New York Rep. Alexandria Ocasio-Cortez, Michigan Rep. Rashida Tlaib, and Massachusetts Rep. Ayanna Pressley, is poised to expand its ranks in the next Congress after several candidates successfully toppled establishment Democrats in this year’s primaries.