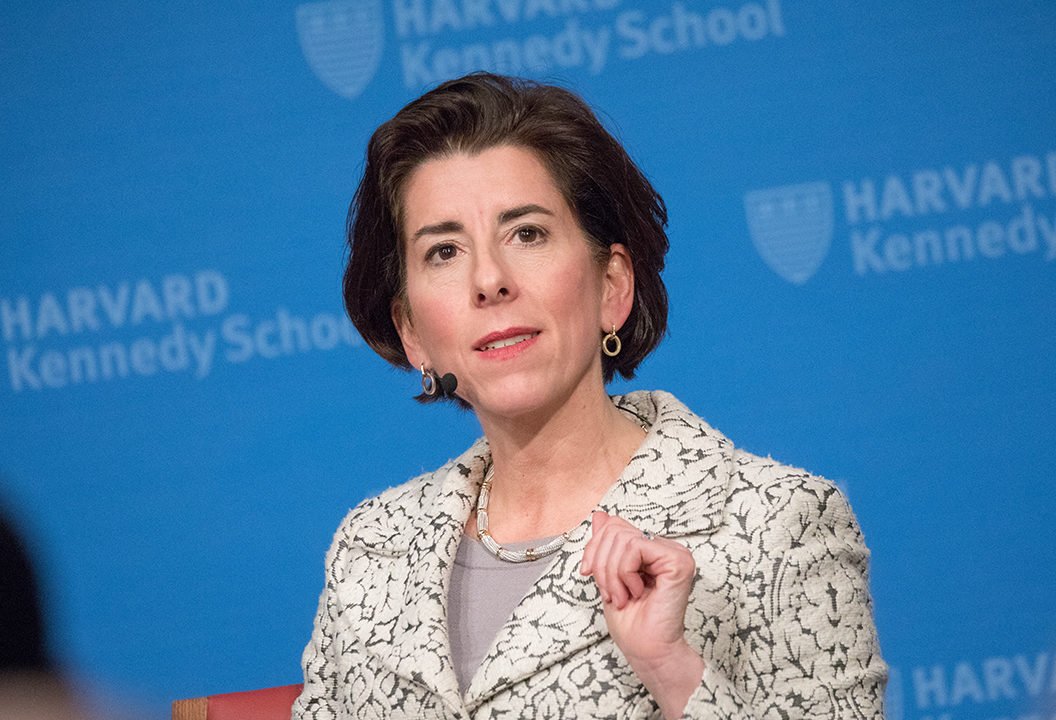 If elected next week, Democratic Presidential Nominee Joe Biden’s transition team is reportedly considering Democratic Gov. Gina Raimondo of Rhode Island for Secretary of the Treasury — a choice bemoaned by the progressive base as a “subservience to Wall Street.”

“Raimondo has built her career on subservience to Wall Street — and her selection would be an affront to organized labor,” David Segal, Executive Director of Demand Progress, “a leading progressive organization in the battle over personnel in a hypothetical Biden White House,” told the American Prospect.

Raimondo, who was also considered for Biden’s VP nominee, first became governor in 2015 after serving as senior vice president at Village Ventures and joining Point Judith Capital later on. During her time in office, the former venture capitalist has received “hundreds of thousands of dollars from executives of the largest Wall Street firms” such as Wells Fargo, Goldman Sachs, Morgan Stanley, and others.

She also was forced to return an illegal campaign donation after it was revealed that she was involved in a “pay-to-play scheme with Oaktree Capital — a $100 billion private equity group that Raimondo invested $20 million in state retirees’ funds as General Treasurer.”

In addition to her deep connections with Wall Street, Raimondo “cut pension benefits for public employees” and redirected “over $1 billion in state money to hedge fund investments.”

Segal criticized Raimondo for her handling of Rhode Island’s COVID response, calling her selection an affront to everyday Americans during an economic collapse. “Choosing somebody who has bungled her state’s COVID response and who is currently implementing illegal funding cuts to the state’s most impoverished and diverse cities and towns would be scandalous,” he said.

Progressives would much prefer to see an anti-Wall Street Secretary of the Treasury like Sen. Elizabeth Warren (D-MA) or Atlanta Federal Reserve chair Raphael Bostic.

Biden previously criticized President Donald Trump for his connections on Wall Street, saying that his own campaign is focused “as a campaign between Scranton and Park Avenue.”

“I really mean it … All that Trump can see from Park Avenue is Wall Street. All he thinks about is the stock market,” Biden said at CNN drive-in town hall in September.

Joe Biden characterizes his campaign as a campaign between Scranton and Park Avenue.

“All that Trump can see from Park Avenue is Wall Street. All he thinks about is the stock market.” https://t.co/pV99Ho0FH1 #BidenTownHall pic.twitter.com/sGGWL5mv89

Despite Biden’s attempts to characterize his campaign as driven by the working class, he has connections with some of the prominent people in the New York financial district. Biden’s transition team, the team in assisting him in building a potential cabinet if he is elected, is co-chaired by Jeff Zients, the CEO of the investment firm Cranemere.