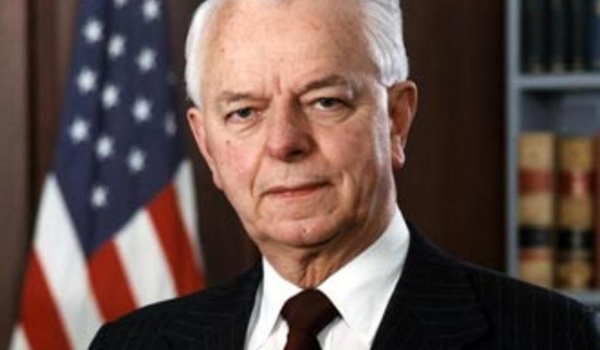 Lawmaker Nancy Pelosi is so woke she felt compelled to take a knee, wearing some kind of strange un-tied symbol covered noose around her neck to emphasize the need for lawless rioting and looting.

The mobs can only be appeased by total elimination of the police. Her fans don’t seem to notice the way she flipped like a pancake. She sure had nice things to say about a former “Exalted Cyclops” in the Ku Klux Klan. Robert Byrd is one of Nancy’s all time heroes and Joe Biden called him a “friend,” a “mentor,” and a “guide.”

Nancy Pelosi considered him a hero

Senator Robert Byrd was such an inspiration to democrats that he became a legend in his own time. Progressives prefer to keep his memory locked safely away from people like the radicals who run Black Lives Matter. They sanitize history by downplaying his hate crimes against minorities.

Modern historians selectively quote a line that makes his apology for a single mistake sound so casual and acceptable. “It has emerged throughout my life,” Byrd wrote, “to haunt and embarrass me and has taught me in a very graphic way what one major mistake can do to one’s life, career, and reputation.”

What he did was major alright but it wasn’t by mistake. He admitted freely that back in the hills of West Virginia around late 1941 or early 1942 “he organized and led a 150-member chapter, or ‘Klavern,’ of the Klan as the “Exalted Cyclops.” Above him were the “Grand Giant,” the state leader called “Grand Dragon” and at the top is the “Grand Wizard.”

Nasty Nancy Pelosi is as fired up about race and oppression today as she was about praising one of the most racist men in America just 9 short years ago on the other side of Barack Obama’s allegedly illegal occupation of the White House. Today, the Speaker of the House calls President Trump a racist and all of his deplorable followers are “bigots” and “Nazis.”

Worthy to be remembered

“Senator Byrd’s service, and his leadership,” Pelosi praised, “were more than worthy to be remembered for many generations to come.” It would be interesting for her to go into her home district after sundown and start giving a lecture on the accomplishments of Senator Byrd.

For instance, she can tell Antifa and BLM rioters all about how as a youngster, the future senator proudly watched “his adoptive father walk in a Klan parade in Matoaka, West Virginia.” Everybody loved the KKK. “The Klan defended the American way of life against race-mixers and communists.” That’s what young Robert Byrd wrote to Grand Dragon of the Realm of Virginia, West Virginia, Maryland and Delaware. 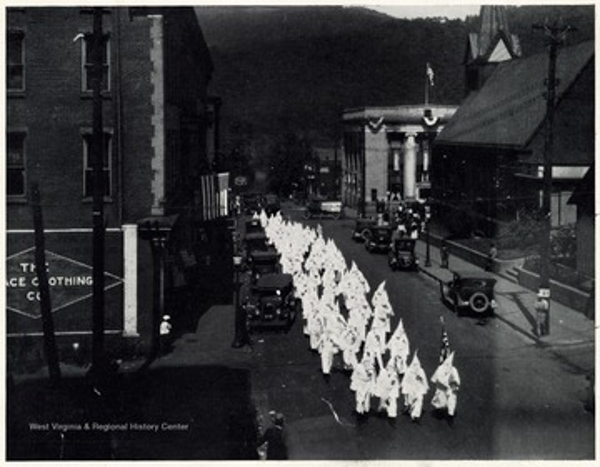 Joel Baskin, the Grand Dragon, gave the young boy approval to start his own 150 member “Klavern.” Young Byrd was so good at recruiting cross burning racists they instantly appointed him leader of the group, called the “Exalted Cyclops.”

Baskin told the lad, “You have a talent for leadership, Bob … The country needs young men like you in the leadership of the nation.” They helped make it happen.

The man praised so highly by Nancy Pelosi and Joe Biden once penned a letter to a fellow senator stating, “I shall never fight in the armed forces with a Negro by my side. Rather I should die a thousand times, and see Old Glory trampled in the dirt never to rise again, than to see this beloved land of ours become degraded by race mongrels, a throwback to the blackest specimen from the wilds.”

This is the Democrat party that Pelosi and Biden both grew up with. Now she takes a knee and Biden hides in his basement wondering if Kamala Harris will bring by some of her stash.