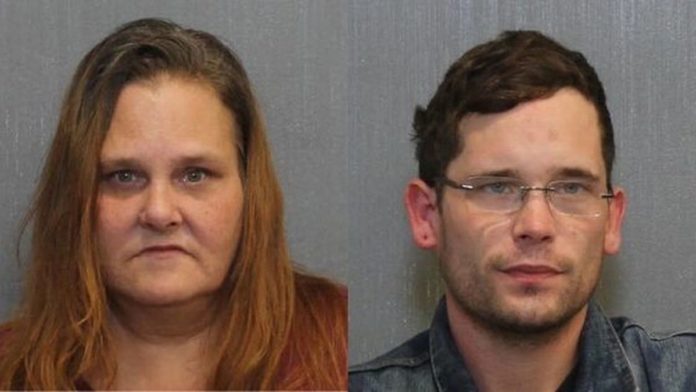 HERMITAGE, Tenn. — Homicide detectives this morning charged the mother and adult stepbrother of a 14-year-old with murdering him inside their home on Topeka Drive in Hermitage.

Sayeed Neilson, who had autism, appears to have died from assault-related trauma. His mother, Rebecca Greenwood, 52, and her other son, David Matheny, 33, are charged with criminal homicide, aggravated child abuse and evidence tampering.

Greenwood called 911 at 11:50 a.m. Friday to report that her son appeared to be deceased. The initial story from Greenwood and Matheny was that Nelson fell in the shower on Thursday and hit his head. They said Matheny got Nelson to his feet, helped dry him off and assisted him into bed. Greenwood told officers that she and Matheny checked on him several times before going to a local bar for drinks.

Greenwood and Matheny said they purchased cleaning products at a grocery store Friday morning, cleaned the house, and subsequently found Nelson unresponsive in his room.

Detectives saw that the injuries to Nelson were inconsistent with just a fall. Greenwood and Matheny were taken to police headquarters for detailed interviews, during which Greenwood admitted to seeing Matheny punch Nelson and kick him in the head. She admitted to telling Matheny to stop the assault before walking away without ensuring that he did stop. Matheny, during his interview, admitted to having an altercation with his stepbrother, but denied causing him serious injury.

Detectives believe the defendants’ cleaning of the house was related to destroying or limiting the availability of evidence.

Greenwood and Matheny have been ordered held without bond.