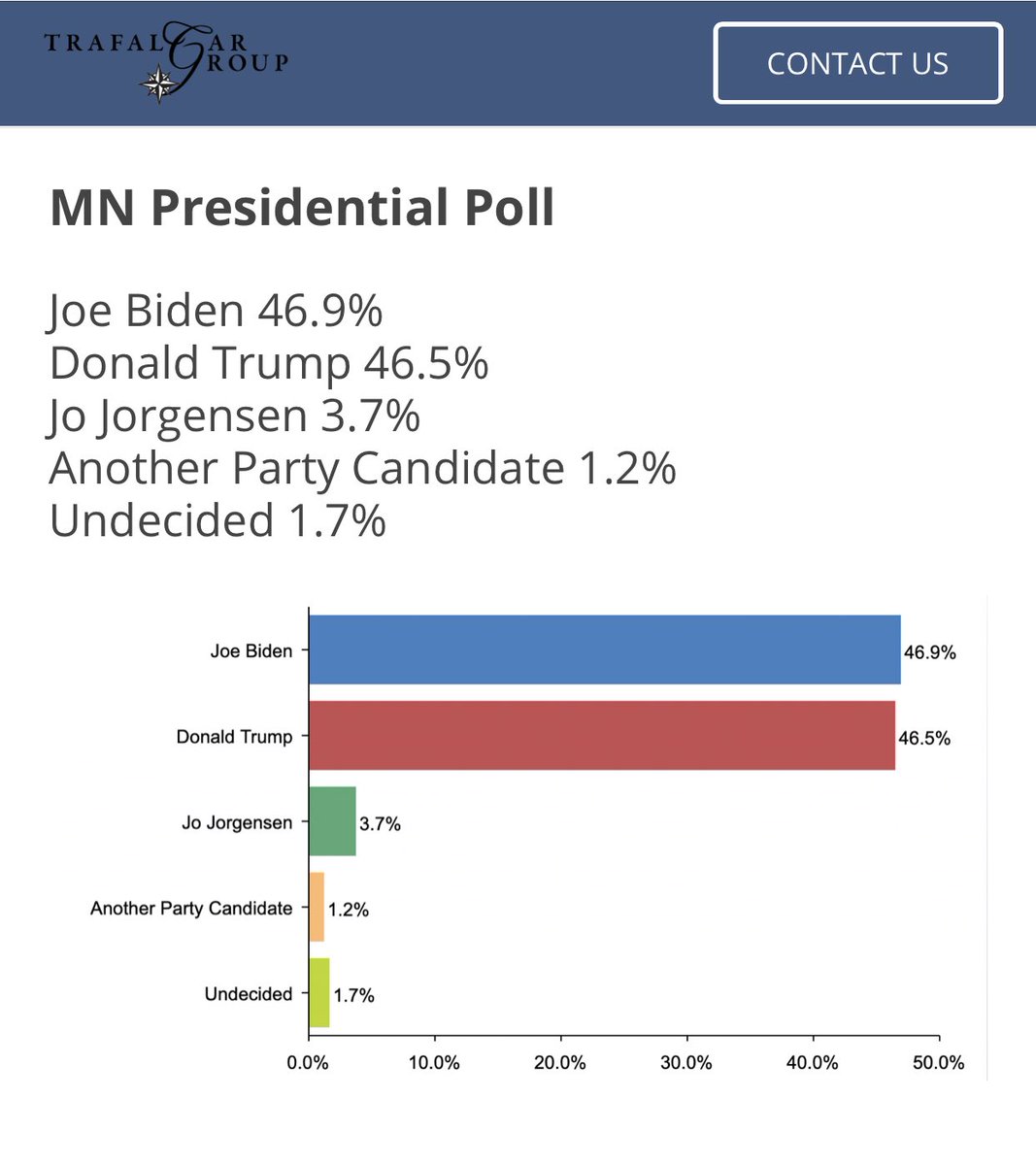 Minnesota has been a reliable win for the democrats for too long. There have been a few breakthroughs, but not many. How screwed up is it? Just remember that Minnesota republicans voted to nominate Rubio in 2016. Rubio didn’t even win his one state primary! It still makes me laugh.

The democrats have done a lot to sabotage their chances this year though. Walz has “fumbled” the China Virus response and over-played his authority. Walz delayed authorizing the National Guard call up. The half-a-billion of distruction in Minneapolis from the riot, loot and burn crowd with calls to defund the police have hurt them too. The city and state government have been arrogant in their recovery responses too.

So, if Trump can get a quarter of the black vote from these residents, the republicans CAN win Minnesota. We need Trump to have coattails to bring Jason Lewis along for the last few percentage points of margin and win a Senate seat, too.