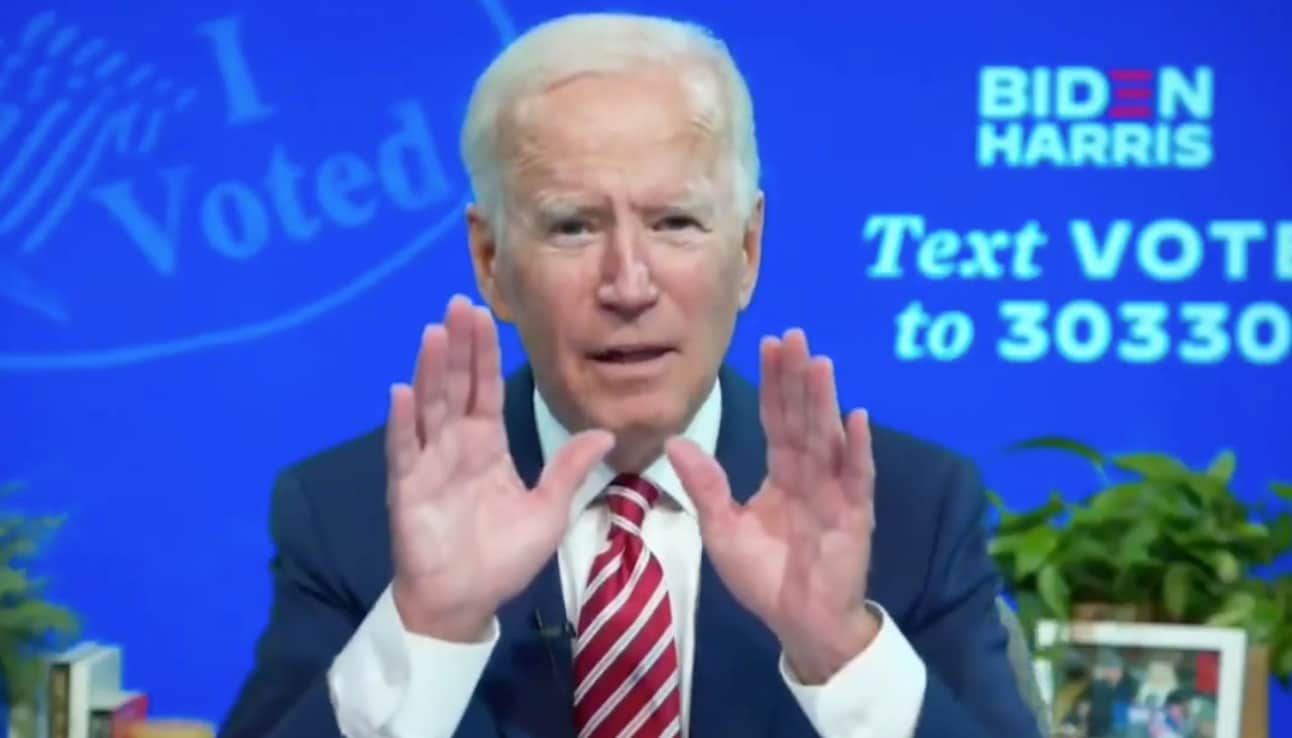 Former Vice President Joe Biden’s admission last Thursday during the Presidential debates that he would end the oil and fracking industry was a disastrous blow to his campaign just days before the election.

He basically told roughly 9.8 million Americans working in the industry that under his administration they may soon be without a job or at least facing termination if a Biden Administration comes to fruition.

Think about it, it’s roughly 5.6 percent of the employed U.S. population and in states that the Democrats need to win against incumbent President Donald Trump. It doesn’t matter that he tried to back track his statements or promise that his administration would look for slow transitions, what mattered is that he finally slipped up and told the truth: the fracking and oil industry are targets of a Biden administration.

As a reminder, here’s the exchange from last Thursday’s debate.

Trump: Would you close down the oil industry?

Biden: I would transition from the oil industry, yes.

Biden: It is a big statement.  Because the oil industry pollutes, significantly… Because it has to be replaced by renewable energy over time.

This is exactly the plan. Biden’s Vice Presidential running mate California Sen. Kamala Harris is one of the most liberal candidates in U.S. history and like, Biden, is fully supportive of Rep. Alexandria Ocasio Cortez’s insanely liberal and unworkable Green New Deal.

But Biden’s admission that the his administration would be the toughest on the industry was truly a very bad calculation on his part to make public.

I believe McEnany is right. Look at what’s happening in Pennsylvania where the fracking industry is a hot topic in the battleground state.

“Last week, sleepy Joe Biden made perhaps the most shocking admission ever uttered in the history of presidential debates. And in other words, he blew it on live television,” Trump told supporters in Allentown. It was his first stop in Pennsylvania on Monday.

Biden attempted to walk back his statements but it was already too little too late.

“I’m not shutting down oil fields, I’m not eliminating fracking. I’m investing in clean energy and I’m going to make sure that we don’t continue to subsidize the oil companies,” Biden said Monday, during a campaign stop in Chester, Pennsylvania.

Well, I think Americans can see right through this double talk. Biden is not just making it clear that he won’t subsidize these companies but he’ll bring back stringent and costly regulations that will lead to job loss.

It’s a vicious cycle and one the American people and our fragile economy can’t afford.