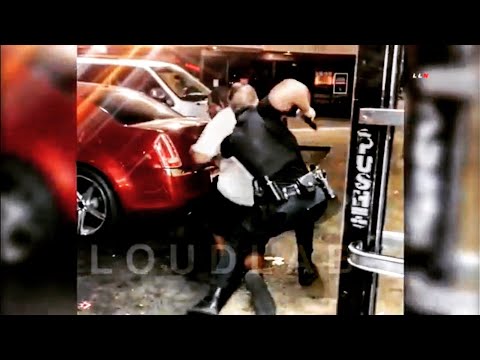 A police shooting outside a liquor store in San Bernardino Thursday night left a man dead, with the officer firing several rounds at point-blank range in an incident caught on camera.

SAN BERNARDINO, CALIFORNIA – A struggle between a San Bernardino Police Officer and a man in a parking lot led up to the officer firing his weapon at the suspect striking him multiple times.
When reviewing the footage you can see the suspect grabbed something from his waistband and it can be seen in the suspect’s hand as he was fired upon. It also appears the officer saw the gun in the man’s right hand and used his own left hand to hold the suspect until he jumped off the suspect and grabbed his service weapon.