On Friday’s #FallonTonight, @50cent’s ex-girlfriend, @ChelseaHandler, scolded him: “I had to remind him that he was a black person, so he can’t vote for Donald Trump.” If he denounces Trump, “I might be willing to go for another spin, if you know what I’m talking about” pic.twitter.com/bILbTsK7R0

‘I Had to Remind Him That He Was a Black Person’

During an interview with Jimmy Fallon on Friday, racist Chelsea Handler slammed 50 Cent, her ex-boyfriend, for deciding to support President Donald Trump. Handler took particular issue with his support for the president because he’s black.

“You heard my ex-boyfriend, right, 50 Cent, his support of Donald Trump?” Handler asked.

“Yeah, what’s going on with – I saw your tweets and I said, ‘What’s happening?’ Because you said he was your favorite ex-boyfriend and then what does he do? Supporting Trump?” Fallon asked.

“So he doesn’t want to pay 62 percent of taxes. He doesn’t want to go from being 50 Cent to 20 Cent,” she explained. “I had to remind him that he was a black person so he can’t vote for Donald Trump and he shouldn’t be influencing an entire swath of people who may listen to him because he’s worried about his own pocketbook.” 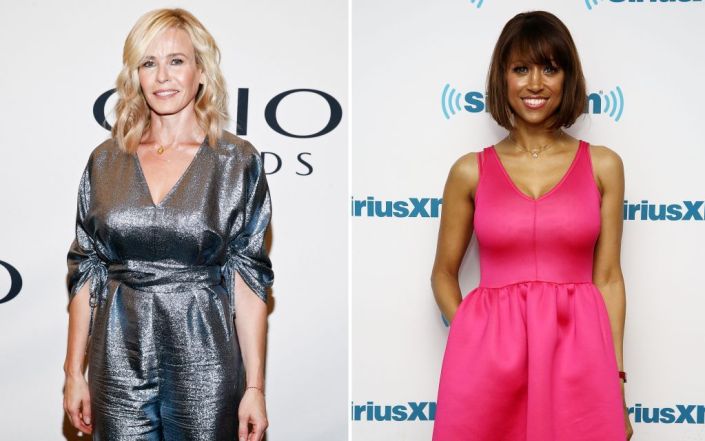