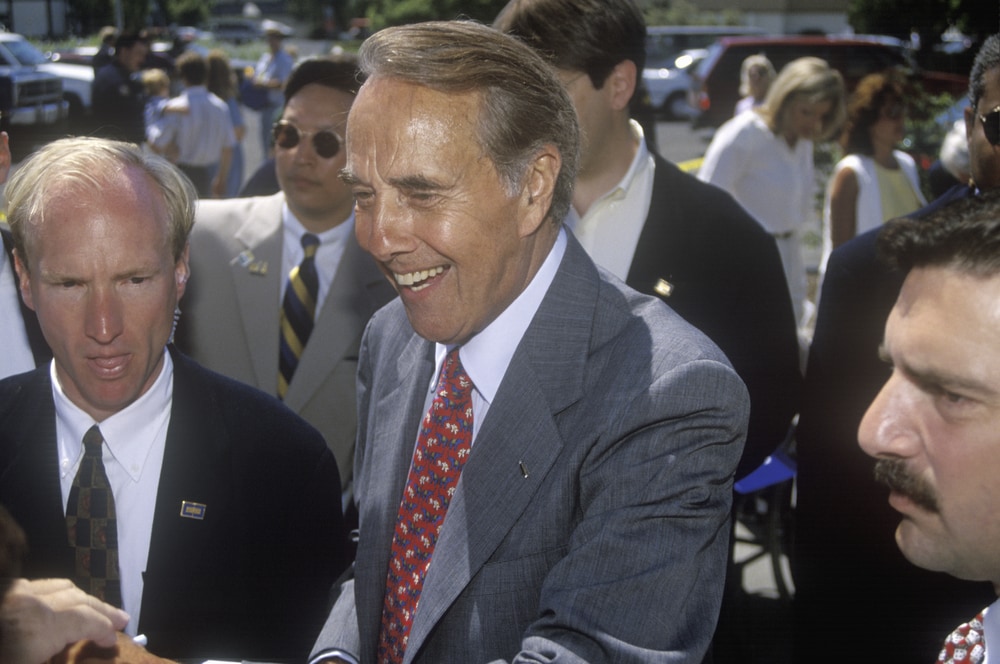 Former Sen. Bob Dole Tweets on Oct. 9, 2020 that President Donald Trump doesn’t have any supporters on the Commission on Presidential Debates.

It was a truth bomb on Friday evening from former Kansas Senator Bob Dole on Twitter.

Dole, a Republican, admitted in his Tweet on Friday that members on the Commission on Presidential Debates, which is made up of Republicans and Democrats, don’t support President Donald Trump. The controversial decision by the commission to conduct the next Presidential debate remotely

“The Commission on Presidential Debates is supposedly bipartisan w/ an equal number of Rs and Ds,” said Dole. “I know all of the Republicans and most are friends of mine. I am concerned that none of them support @realDonaldTrump. A biased Debate Commission is unfair.”

Dole is right. The rules being established by the commission certainly are targeting and ostracizing Trump, while ignoring the very real issues plaguing Democratic candidate former Vice President Joe Biden.

The co-chair of the commission Frank Fahrenkopf, said Trump’s campaign presented “no evidence whatsoever” that he has tested negative for the coronavirus, after being released from Walter Reed Military Medical Center after a three day stint at the facility. He was released by doctors and has remained symptom free of COVID-19.

Trump has declined to do the virtual debate.

In an interview with Brian Kilmeade on Fox News, Fahrenkopf said he wanted to have a debate next week saying a virtual debate is the “safest way to go.”

“We’re talking about something that will happen in less than a week, if it had originally gone forward. Less than a week,” he told Kilmeade. “At this point in time, there is no evidence whatsoever whether or not when the president tested negative.”