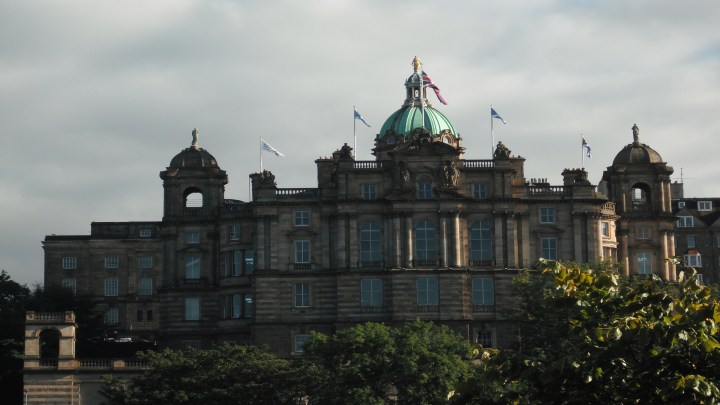 In the summer of 2013, I ran a Private Criminal Prosecution against the LPA Receivers who stole nine of my family’s properties, on behalf of Bank of Scotland.

Despite never having done so before, with no legal training whatsoever, the information was laid at North Shields Magistrates, alleging fraud by false representation under section 2 of the Fraud Act 2006 and trespass with conversion under the Common Law.

We were told that it was the first PCP ever started at that court, so the staff [including its legals advisers] were more than a little perturbed when we told them I would be prosecuting in the name of the trustees of my family’s property trust, under limited powers of attorney.

Needless to say, when a hearing was listed before a district judge, the bank, for and on behalf of the receivers, appointed legal representatives who filed three applications:

1. For the case to be struck out as vexatious.
2. For a Wasted Costs Order against my name only.
3. For a Press Reporting restriction.

Without even looking at the evidence or hearing my submissions, the judge started to grant the first application, when my adversaries’ barrister rose and asked if he could speak.

The judge had no objection,despite the somewhat irregular intervention,  so the barrister proceeded to tell him that, despite being bound by his code of conduct to proceed as instructed, he would not have advised them that I could in any way be described as a vexatious litigant.

Why did he do such a thing? Because I collared him before the hearing and explained the lies that his clients had told him, showing him the evidence they had failed to disclose. In other words, I let him know he was working for white collar criminals.

Shocked by the turn of events, the judge backed down and started to deal with the second application for a Wasted Costs Order against my name only, so it was my turn to intervene:

“You realise that I am not appearing today in my name, don’t you sir? I mean, I am here appearing for the trustees under power of attorney, so technically, I’m not even present in court to have a Wasted Costs Order issued against me.”

To which he replied with a bluster:

“I’m not going anywhere near that one with a barge pole!”

He then adjourned the hearing and passed the buck to the most senior district judge at a second hearing.

The second hearing was an entirely different experience, since the senior district judge had actually read the evidence and my skeleton argument before the hearing.

Before I presented the prosecution’s case, he told me that he had to deal with the three other applications by the defendants first. He then turned to their newly appointed barrister [under strict instructions not to talk to me under any circumstances] and summarily dismissed each of them, without discussion, save for this rebuke:

“I’m not going to entertain any submissions from you on this plainly ridiculous application for a Press Reporting Restriction. Why would the press have the slightest interest in this case?”

More than four years before the release of The Great British Mortgage Swindle, it appeared the bank’s director’s had foreseen karma coming back to bite them on the arse.

Over the next forty minutes, I laid out the evidence of fraud and trespass, during which the judge took copious notes, along with the clerk. When I finished, he looked at me with half a smile and said:

“Well, just as I suspected when I read the papers you drafted before this hearing, despite the fact that the civil courts have taken a different view, I find nothing vexatious whatsoever to justify the defendants’ applications against you.

From the courteous manner in which you have addressed the court, to the substantive and concise nature of your arguments, you have put the majority of my profession to shame.

In fact, despite not having known that it is perfectly lawful for such proceedings to be prosecuted under powers of attorney, prior to these proceedings, I would be more than happy for you to do so in my court, whenever necessary and appropriate in future.”

Nevertheless, he regretfully informed me that he was bound by statute to presume that all the fraudulent mortgages were valid, merely because they were still registered at the Land Registry. But not without adding the following caveat to his decision to stay the proceedings indefinitely:

“If just one of those mortgages is cancelled by the Land Registry, then the defendants [including the bank’s directors] will have to defend the allegations of fraud and trespass before a jury.”

In January 2015, after a two year war of attrition in the Property Chamber, the Land Registry was ordered to cancel one of the two remaining fraudulent mortgages, before the bank finally capitulated to our allegations of fraud in February 2019, when they cancelled the void mortgage over my sister’s family home, in the aftermath o the release of the film a few months previously.

This means that we are at liberty to have the stay on the Private Criminal Prosecution against James Crosby et al lifted at any time. In the event my dad hadn’t been recovering from quadruple bypass surgery for the past 18 months, we already would have had that done.

However, my point is that, even if that never happens, for whatever reason, the case taught me everything I need to know about running the case against Parliament [and the Land Registrars in the TGBMS Class Actions], on almost identical charges of fraud.