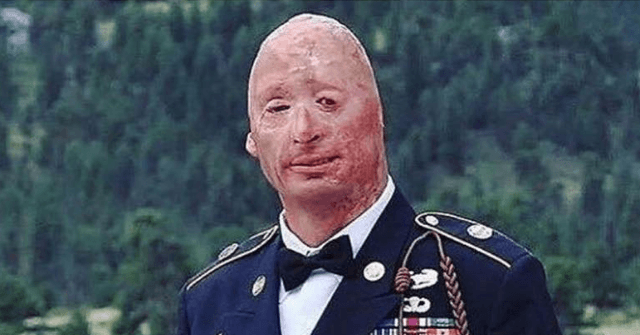 Retired Army Staff Sergeant Bobby Henline, who was severely burned and lost part of an arm while serving in Iraq, has called out a meme that used his image to promote a Donald Trump anti-military narrative. He responded by posting a now-viral video.

“People, stop using me for your propaganda, for your agenda,” Henline said in the video, which he posted on social media.

The meme is part of an anti-Trump narrative launched by the Atlantic, a left-wing magazine, which used four anonymous sources to claim that President Trump has disparaged living and dead members of the U.S. military, calling them “suckers” and “losers.”

Henline, who is a Trump supporter according to his Facebook posts, said he does not believe the president would say those things about him.

“I don’t know what Trump said, but I’m sure he didn’t call me a loser. I didn’t hear him call me a loser,” Henline said. “So this has got to stop. Stop using my image.”

The origin of the meme is not clear, but the name of a woman and Rachel Maddow is included in the image.