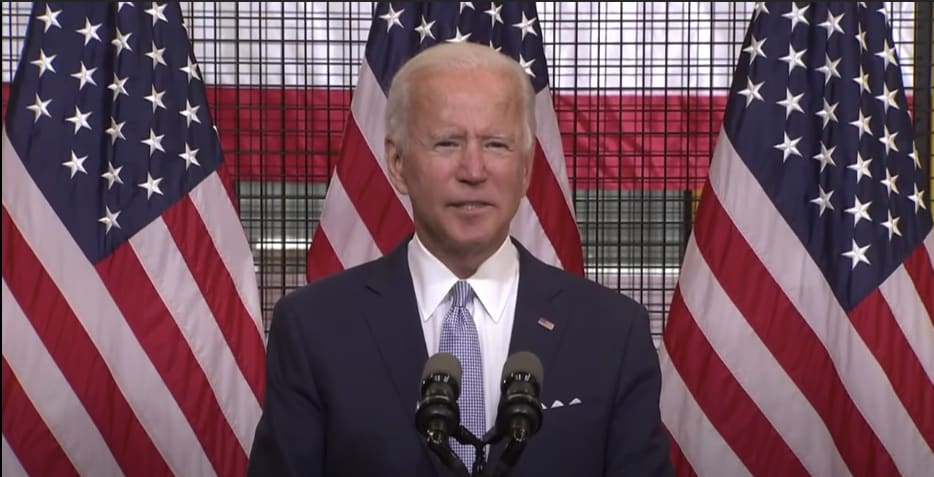 Former Vice President and 2020 Democratic nominee Joe Biden claimed Tuesday that President Donald Trump is “the only person calling to defund the police.” In the aftermath of the tragic death of George Floyd, there’s been loud anti-law enforcement rhetoric and calls to defund local police departments.

“I not only don’t want to defund the police, I’m the one calling for 300 million dollars more for local police for community policing,” Biden said. “I also think we should add social workers and psychologists to help police on 9-1-1 calls.

He continued, “The only person calling to defund the police is Donald Trump. Look at his budget. He calls for cutting police funding for state and local by $400 million. Once again, he’s pathological.”

With less than 60 days until the election and key states showing the two candidates neck in neck in many polls, Biden has recently come out of his home in Delaware, where he was conducting voter outreach virtually, to visit those battleground states.

President Trump has made clear he doesn’t support the ‘defund the police’ movement and has even threatened to pull federal funds from cities that adopt such extreme policies. Moreover, the Trump administration has pledged additional funding to law enforcement in many states amid growing civil unrest and riots.

Biden, however, has reportedly flip-flopped on the issue and is said to even have once asserted he would support redirecting funding from law enforcement agencies to support other community services.