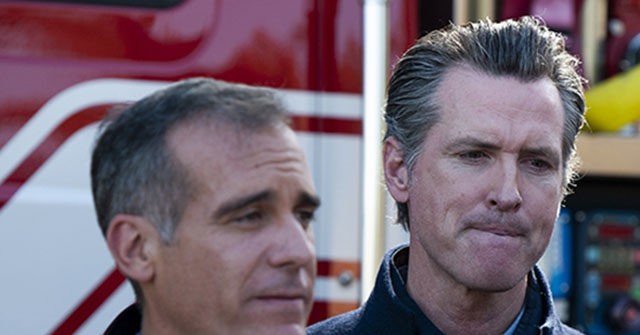 The mayor of Los Angeles told residents to unplug their appliances, shut off their air conditioners, and turn on a fan after 3 p.m.

It’s almost 3 p.m. Time to turn off major appliances, set the thermostat to 78 degrees (or use a fan instead), turn off excess lights and unplug any appliances you’re not using.

We need every Californian to help conserve energy. Please do your part. #FlexAlert

And they call those of us in flyover country backwards…

All I know is that out here in the sticks, out here in hick country, out here in the hinterlands, my 3,200 square foot home (if you count my finished basement) is as comfortable, cool, and dry as a shopping mall. A 72 perfect degrees, and it has been at least five years since the power’s gone out, and even then it wasn’t longer than an hour.

There is no better sign you live in a third world country than rationed electricity.

Honestly, if your government is too inept to deliver the basics, and other than water — something else California can’t deliver — there is nothing more basic than electricity, you live in a third world country.

Sorry, you just do.

Why would any American choose to live like this? And in America, that truly is a choice.

You don’t have to live in some sweaty hellhole. Voting for lunatic Democrats is a choice. There’s no shortage of electrical power in this country, but there is in California, because stupid politicians elected by stupid voters put Gaia above curing human misery and refuse to build the necessary infrastructure to deliver the necessary power and water.

Oh, and you’re not saving the planet, morons.

Global Warming is a Hoax.

So all you’re doing is suffering for no reason, other than to worship a pagan religion invented by a political party desperate to control and micromanage your lives.

I hear it’s like 120 degrees out there in some places, but by all means, turn off the AC… Go ahead and let a fan blow all that hot air around — like you’re a member of the Flintstone family.

The good news — if you’re a sadist or lunatic — is that Los Angeles Mayor Eric Garcetti has not learned a thing.

Less than two weeks ago, during a news conference, Breitbart News asked Garcetti if he was “sticking with his version of the ‘Green New Deal’ for the city despite electricity blackouts elsewhere in the state due to the inadequacy of solar and wind power at peak demand.”

According to our reporting at the time, “He said he was confident that the city’s solar and wind power projects would meet L.A.’s needs because they were also building battery storage capacity. And he said that the recent wildfires across the state proved the need to continue efforts to reduce the impacts of climate change.”

You get what you vote for, and you voted for not enough water and electricity.