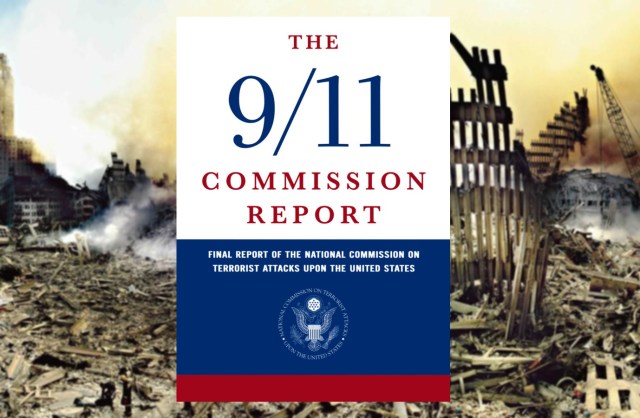 (Note: Reginald is my brainy relative, age 75, who claims to despise and reject conspiracy theory.)

Dear Cuz, here we are again, in September 2020, no better off than we were in any of the years after the dramatic collapse of the World Trade Center. In fact, I’d like to make the case that we are much worse off. (In your heart of hearts, you know we are in huge trouble today.)

This time I want to float a new idea – namely that the one factor most causative of our current endangerment is … is … wait for it … is you.

Your acceptance of the official 9-11story – which is a far-fetched piece of nonsense – has signaled The Powers That Be that they can proceed with other horrors, unencumbered. This became quite clear during the recent opposition – I mean lack of opposition – to the Lockdown.

Your own business suffered, and you are flailing around trying to think of a new occupation that you might still qualify for. But where is your anger? A bunch of Bozos in Switzerland and elsewhere decided that the world will have an economic “Reset.” They are threatening your son and daughter by saying that they’ll be lucky to become slaves. Can’t you go over to their “chalet” and wipe the smirk off their stupid, ugly faces?

There are adults today, age 18, who were not even born, not even conceived, by September 11, 2001. I assume that eventually, their school textbooks told them that 19 Arab men hijacked four jumbo jets, two of which smashed into the North and South towers of the World Trade Center in lower Manhattan, and another into the Pentagon (fathom it!).

They perhaps even “learned” that the fourth plane crashed into the ground in Shanksville, Pennsylvania, owing to the heroism of passengers who said the Lord’s Prayer – oh, please – and then whooped “Let’s roll.” Todd Beamer and others (now movie stars) caused the pilot, i.e., the untrained Arab pilot, to lose control of the flight.

Zheesh, do you really believe this stuff?

Why Fall for Obvious Fairy Stories?

Cousin Reginald, please don’t think I am unsympathetic to you. I do know that in the first instance we were given the story consistently by all the TV networks, including Public Broadcasting, whom we had naturally trusted. You and I – and our late parents — had no way, pre-Internet, to know that the media had been engaged, throughout the 20th century, in pulling the wool over our eyes, bigtime.

As for the part about the hijackers being Arab, it seemed to make sense. We had been prepared for this since the 1970s by mentions of Muslim terrorists, some even committing airport incidents. And remember Sirhan Sirhan shooting Bobby Robert F Kennedy in 1968, just before he would have got the presidential nomination? Wasn’t Sirhan’s native language Arabic?

And then there’s the logic – I’ll bet you have applied it – that if there were anything amiss with the hijacking story, the US’s many military safeguards would have noticed. Or, a few years later when the Report of the 9-11 Commission was published (in July 2004), we’d have surely been informed by critics that the official story has holes in it.

So, Cuz, pretend it’s 2004 and I am still OK with your being in denial. Oops, hold it a minute! “In denial” is the wrong diagnosis at that point. We were simply ignorant. At that point I was swaggering around, showing off my PhD in Politics. You’d think if anyone were able to see through the chicanery, it should be Cousin Mary. But no. A few others had picked up on the 911 issues, but not me.

My incidental means of discovering the lies of 2001 had to do with a separate matter. I was in Canada, reading “the Hutton Inquiry into the death of David Kelley,” in February 2005. The dear old scales fell from my eyes.  Not because the Inquiry told the truth about Kelly.  Rather because it lied, but lied in a way I could recognize as foul play (by the judge himself, Lord Hutton).

A few more taps on the laptop that week and I was delivered a barrage of conspiracy theory. Believe me, Reg, when I say was scared witless. I figured only a few people had caught on, about 9-11, and now I was one of them, and of course my computer would give away my identity, location, etc. Yup, I expected a knock on the door.

Worrying about the Knock on the Door, and Daddy

I suppose it is fear that keeps many people form joining the 9-11 Truthers. Any normal person dreads a knock on the door. But I have been impressed by psychologists, such as Fran Shure, saying that the main reason Americans won’t face up to “9-11 as inside job” is that they don’t want to hear anything bad about “Daddy.” It’s not a fear issue, it’s a love-and-protection issue.

Even a young child has trouble seeing that one of its parent is in the wrong. Most likely the evolutionary explanation for that trait is that it pays for a kid to put full faith in Mom and Dad as protectors. By extension, government is also perceived as a parent.

I would also add in, that a citizen in the US worries that his compatriots may hate him if he says anything too critical of “the tribe” or its leaders. It’s such bad manners!

(Eeks, I just asked the computer to give me a count of how many words I have typed so far, and it said “911.”  But don’t worry, my conspiratorial leanings do not go so far as to look for hidden messages. I look for plain, in-your-face messages like, you know, government corruption.)

Cousin, you’d think after nine hundred and eleven words I’d have conveyed much of the true story of that famous day, to you. Well, no but you don’t want to have to digest all that at the moment. In a few words: the whole deal was well planned by Americans, and must have had many participants.

the Air Force personnel who chose not to use the standard procedure for chasing after suspicious planes,

the Secret Service that did not give President Bush any special cover on his way from the schoolhouse to Sarasota airport,

the Insurance Company that did not balk at paying double damages to the lessors of the STC for “two separate incidents”),

the New York City Police that allowed all the evidence of the collapsed towers to be swept away with no attempt to examine the crime-scene,

the Congresspersons who passed, days later, a Patriot Act without even claiming to have read it, etc.

Actually, I don’t think one could come up with a better example of the insincerity of government than the fact that the Report never mentions – never mentions! – that three skyscrapers fell at the World Trade Center, not two. (Yes, it was 47-stories high and came down like a perfectly controlled demolition.)

Dear Cousin, I am going to go on the assumption that you had never heard of that third building, and that now you hear of it from Cousin Mary’s lips you feel shocked and are rapidly planning to switch your loyalties on the whole 9-11 story.

Think about it, the public has been told over and over that only two buildings collapsed that day. How can we live in the supposedly most sophisticated land in the world and be such dumbo’s?  By the way, I think a majority of foreigners holds the correct view of 9-11.  For them, the Daddy problem does not get in the way.!

Also they are disgusted that we attacked Afghanistan on October 8, 2001 based on no proof whatsoever that any guilt belonged to that nation. Aren’t you disgusted, too, now that you see what a travesty that was?

The Future, and Our Responsibility

My truly valued cousin Reginald, now that you have a grandchild on the way, the word “future” has taken on new meaning, perhaps new forebodings. Am I right?

Imagine that she found this letter from me to you, in a time capsule 25 years from now, when you and I pushing up daisies.  Warning! She would see that old Mary told old Grandpa the truth of 9-11. (I mean as much truth as we can discern, given the ability of government to block documents and to bump off whistleblowers.)

You would want her to realize that as soon as you came to the conclusion, or at least the strong suspicion, that 9-11 was a false flag, a psy-op, and a government junket, you jumped into action. She will be proud to know that you weren’t so silly as to close your eyes and say “Ho hum, who cares?”

Use your imagination to think what a government would try to get away with if it had got away with 9-11. The members would be laughing at us and maybe take bets to see what further mayhem they could do, all the while having their media cronies give us yet another implausible story.

Consider Them Trying These Tricks

“We’ll close down all small businesses [like yours] and let only a monopoly run each industry. One Amazon retail, one Cargill agribusiness, one Verizon communications, one Glaxo pharma, etc. That way, those pesky consumers will have to put up or shut up.

“We’ll have a bonfire at which the Bill of Rights will be ceremoniously burned.  Anybody not behaving appropriately at the ceremony (that is, not rejoicing) will be chucked into the bonfire. Ha ha, won’t that be a hoot.”

“We’ll have a square dance for married couples and when the caller calls ‘Swing your partner,’ the men will move to the next lady and she will become his wife. Isn’t that a scream?”

“All boys age 18-30 will be drafted, no deferments, and they will be sent to war against each other.  No real enemy; it will be pretty confusing. However, it shouldn’t cause actual awareness, as we’ve done it many times before and they’ve never figured it out.”

Cousin Reg, that may be a bit of an exaggeration, but the point is, they really can pull any stunt. But if you were to start making a stink about 9-11 – and if you got suitably angry at any citizen who kept hiding behind the Daddy apron strings, the Destroyers would at least have second thoughts.  They like survival just as much as we do.

Happy 19th “Anniversary” this Friday. I wish I hadn’t held my tongue for so many years — but when President Trump sad it’s vaccination time, over a fake pandemic, I knew it would be OK for me to get emboldened.

P.S. You can order these two books:  Another 19, by Kevin Ryan (hot, hot, hot) and America’s Betrayal Confirmed, by a rigorous scholar, Elias Davidsson.

Or, to save time, watch this YouTube video, only 2 minutes long: “WTC7 — This is an Orange,” by Anthony Lawson. (https://www.youtube.com/watch?v=xLz9ewBt-dw)

Or, concerning the attack on the Pentagon, see James Corbett’s 5-minute video: (https://www.youtube.com/watch?v=r-GppBpUeYg).