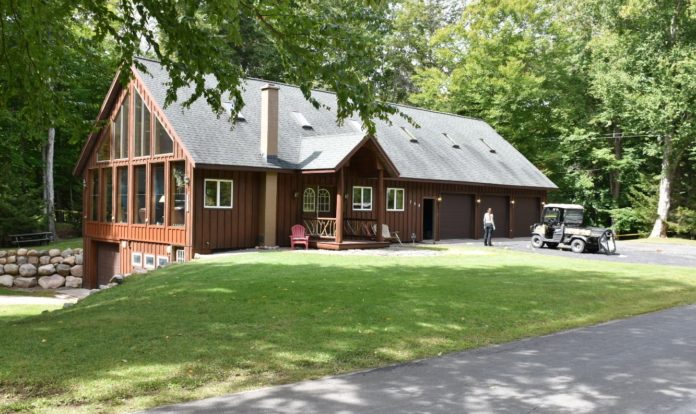 TOWN OF WEBB, New York — On Saturday, at 8:27 p.m., the Town of Webb and Town of Inlet Police responded to a reported home invasion call at 168 Dan-Bar Acres Road in the town of Webb, Herkimer County.

Police say Stephen E. Swanton was involved in an argument with two people outside his home. The dispute stemmed from an earlier argument at a party down the road from Swanton’s house. During the altercation Swanton allegedly shot both individuals with a handgun in his driveway.

Swanton was taken into custody by officers from the Town of Webb and Inlet Police Departments without incident.

WKTV reported: After further investigation they found that earlier in the day Stephen E. Swanton, 43 from Rochester (who owned the home on Dan-Bar Acres Road), went to a party at another home, they say he wasn’t invited to. While there Swanton allegedly had a verbal altercation with the homeowner, Scott R. Krempler who is 50 years old from Patterson. Swanton left, according to police.

Stephen E. Swanton, age 43 from Rochester, NY has been arrested and charged with Murder and attempted murder.

Swanton was arraigned via Skype and remanded to the Herkimer County Jail on no bail.

The investigation is continuing by the New York State Police Bureau of Criminal Investigation.

The investigation is continuing.