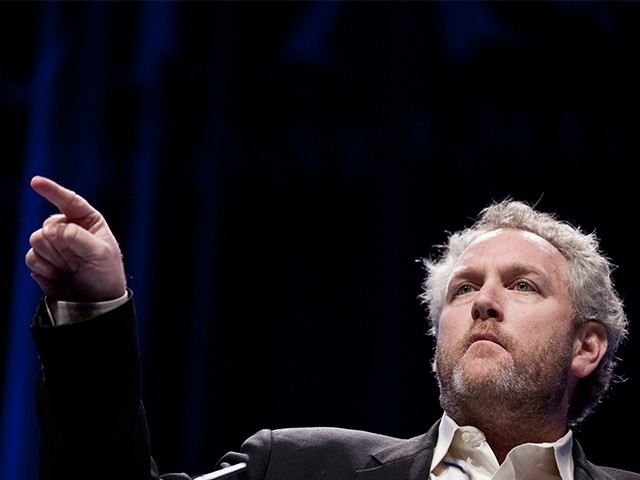 President Donald Trump announced Friday that he had ordered the federal government to stop promoting “Critical Race Theory” in any of its agencies.

The radical theory had been used to train (or indoctrinate) federal employees, who were told during some “diversity” training sessions that the United States is a racist society, and white people are to blame.


The Critical Race Theory training was exposed by Christopher Rufo, a contributing editor for the Manhattan Institute’s City Journal.

Yet the first to sound the alarm was Andrew Breitbart.

In a story that was only published after his death in March 2012, video that Breitbart had teased at the Conservative Political Action Conference just weeks before was finally released. It showed a young Barack Obama speaking at a protest at Harvard Law School in favor of Professor Derrick Bell, who had clashed with the university over the issue of faculty diversity.

More than that, Bell was the founder of the doctrine of Critical Race Theory.

Critical Race Theory holds that the United States is racist by design, because its Constitution and all of its other institutions emerged in a context where slavery was legal. According to the theory, the very institution of private property in the U.S. is corrupt because it was enshrined in a system that saw black people as chattels.

In books like Faces at the Bottom of the Well, Bell developed his theory further, arguing that continued black suppression remained part of America’s cultural identity. He even wrote a science fiction story (later a short film), “The Space Traders,” in which America sold black people to aliens.

To Bell, the civil rights movement was regrettable, in the sense that it misled black Americans into believing that equality before the law was sufficient. The real problem, he believed, was that the legal system itself was fundamentally racist.

Bell saw only one road to salvation: if the U.S. amended the Constitution to include socioeconomic rights — such as health care, housing, education, and the like — it could undo the original sin of slavery by enshrining the redistribution of wealth. Such a constitutional revolution could liberate poor people of every race while also restoring the humanity of black people.

Obama may not have studied directly with Bell at Harvard Law, but he was influenced by his ideas — so much so that the two corresponded after Obama graduated, and Bell blurbed the first edition of Obama’s memoir, Dreams from my Father. As a lecturer at the University of Chicago Law School, Obama also assigned Bell’s work to his students. Obama’s mentor and 2008 campaign debate coach, Professor Charles Ogletree, quipped that they had kept Obama’s connection to Bell hidden.

When Breitbart’s video was released, the mainstream media tried to mock it. Others, like the Rolling Stone, minimized the radicalism of Critical Race Theory: “Anyone who thinks power and race don’t figure in how the law is applied or that racism is a thing of the past is not paying attention.”

But it affected how Obama thought about America — racism is “part of our DNA,” he told NPR — and it affected his governance, including his support for the violent Black Lives Matter movement.

Today, Critical Race Theory is everywhere. It is the basis for the idea of “systemic racism” — i.e. that racism is part of the institutional structure of the United States, a theory that has now been embraced by Democratic Party nominee Joe Biden.

When rioters attack police, tear down statues, or demand submission from patrons in restaurants, they are motivated, in part, by Critical Race Theory. Andrew Breitbart saw it coming; President Trump is the first leader to do anything to fight it.