There are 300-500 people trapped at Mammoth Pool right now. Madera Co Sheriff Tyson Pogue says there’s only one way in/out and the #CreekFire is blocking it

A backpacking trip cut short by unforeseen thunder, ash rain, and having to drive through literal fire to evacuate #SierraNationalForest in time. Grateful to the SNF ranger who led us down… wish we we got her name. #CreekFire @mercnews @sfchronicle @ABC7 @KTVU pic.twitter.com/37Ys7XGJ2a

Military helicopters rescued dozens of people—some of them burned—who were trapped by a northern California wildfire that devoured 36,000 acres in one day. More than 300 people were stranded Saturday around the Mammoth Pool Reservoir in the Sierra National Forest, where the Creek Fire continued to rage out of control.

“We’re in the truck. The air is so black, we can’t open our eyes without it burning,” Allyson Chance, 14, and her sister, Lily, 16, texted their stepmother as they waited to be rescued, local TV station KMPH reported. Campers were told to shelter in place and wait for help—and to jump in the reservoir if the flames got too close.

Updated information for MCI incident: So far, 63 people rescued by military helicopters and delivered to FYI, 2 severely injured patients, 10 moderately injured and 51 others with minor or no injuries. Aircraft are returning to continue rescue operations. Unknown how many more. 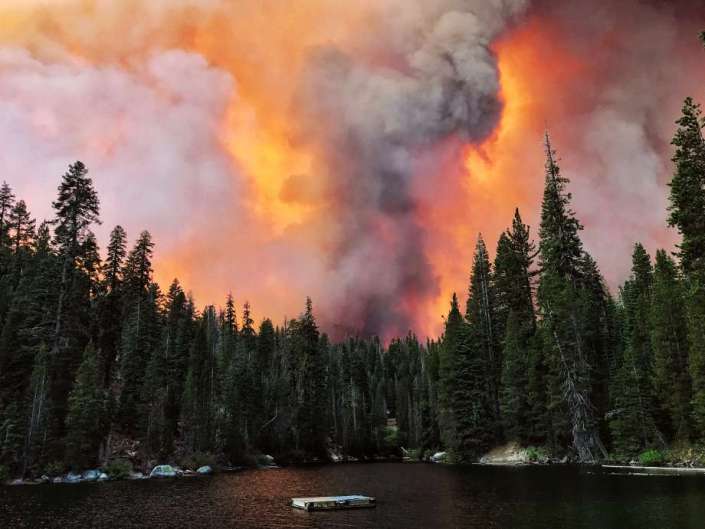