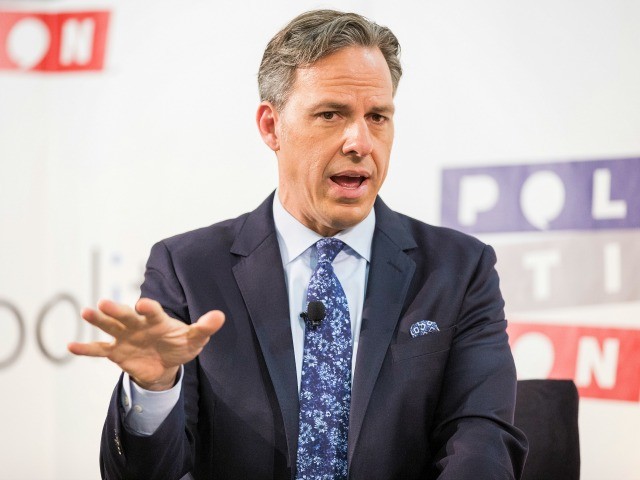 Parnell, a rising GOP star who spoke at the 2020 Republican National Convention (RNC), served as a U.S. Army Ranger Captain in the so-called “Outlaw Platoon” for 485 days on the Afghan-Pakistan border. Lamb won a special election in 2017, the first year of President Donald Trump’s administration, which eventually paved the way for Democrats to retake the House majority in 2018 in the midterm elections. His seat is one of 30 such districts nationwide where Democrats currently sit but that Trump won in 2016. For the GOP to retake the House majority in November, the Republicans need to flip just a net 17 seats — so this district is critical to Democrats remaining in power. It also will, given the intensity of the race between Lamb and Parnell, likely have an impact on the top of the ticket contest between Trump and Democrat presidential nominee former Vice President Joe Biden.


Tapper presents himself on his show and in public as objective and as someone who is not taking partisan sides but merely reporting facts. This decision on his part to reach out to Parnell — sources familiar with the interactions told Breitbart News that Tapper communicated his views on how Parnell should not run against Lamb in a variety of communication forms, including in text messages, Twitter direct messages, and in a phone call — could be viewed as political activism.

“Jake knows exactly what he is doing here,” a source familiar with Tapper’s activities told Breitbart News. “This is a swing district in a swing state — Jake knows that Sean can bring out voters that might otherwise stay home but if they come out, they’re voting for Trump. Those votes could deliver the state and the election to Trump. This is nothing short of a CNN anchor interfering in a national election.”

Some Pennsylvania Republicans were also concerned when asked about this that Tapper—a native of the Keystone State, who often brags about his upbringing in the Philadelphia area—may have interfered in many other elections.

“How many other races has Tapper interfered with? He’s the face of CNN and given these revelations, it ain’t a pretty face,” a Pennsylvania Republican operative said.

A national GOP staffer working on several congressional campaigns across the country noted how before he changed careers to work in media Tapper was a Democrat campaign and congressional staffer in Pennsylvania. That is true: Tapper was an aide to now former Rep. Marjorie Margolies-Mezvinsky (D-PA) on the Democrat’s campaign and then in her congressional office. After that, Tapper worked for the leftist gun control group Handgun Control, Inc., which later became the Brady Campaign to Prevent Gun Violence. After those several years as a Democrat staffer and a leftist activist, Tapper went on to join the media—working first at Washington City Paper where he even wrote a column about how he went on a date with former Bill Clinton White House aide Monica Lewinsky, whose affair with Clinton was at the center of his impeachment scandal.

“Tapper is a former Democrat staffer in PA,” the senior national GOP campaign staffer said. “He is a former staffer for the Brady Campaign for Gun Control. Now he is a reporter at CNN who is supposedly unbiased, but he’s still a Democrat operative at heart. By attempting to bully a star Republican recruit out of his race, which would in effect help Democrat Conor Lamb and bolster Pelosi’s chances of keeping the House, Jake has officially given up on journalism in exchange for Democrat activism. If CNN actually cares about ethical journalism, Tapper will face consequences from them.”

Tapper has also made it a point to be publicly in favor of veterans causes whenever he can, but this revelation of him pushing Parnell not to run against Lamb may also undermine that public presentation of himself, at least according to one adviser to a veterans group Tapper has publicly praised who spoke to Breitbart News.

“Jake pretends to be a friend of all veterans,” an adviser to one such veterans group that Tapper has promoted told Breitbart News. “That’s a colossal lie. Jake is a friend of Democrat veterans and only those GOP vets that do as he tells him to do.”

The Parnell campaign declined to comment when reached Sunday afternoon. Tapper and CNN staffer Matt Dornic did not immediately reply to requests for comment.

Tapper has denied to former acting Director of National Intelligence Ric Grenell that he tried to encourage Parnell to run in a different district.

CNN and Tapper still have not responded to Breitbart News about this. Parnell’s campaign has not either.