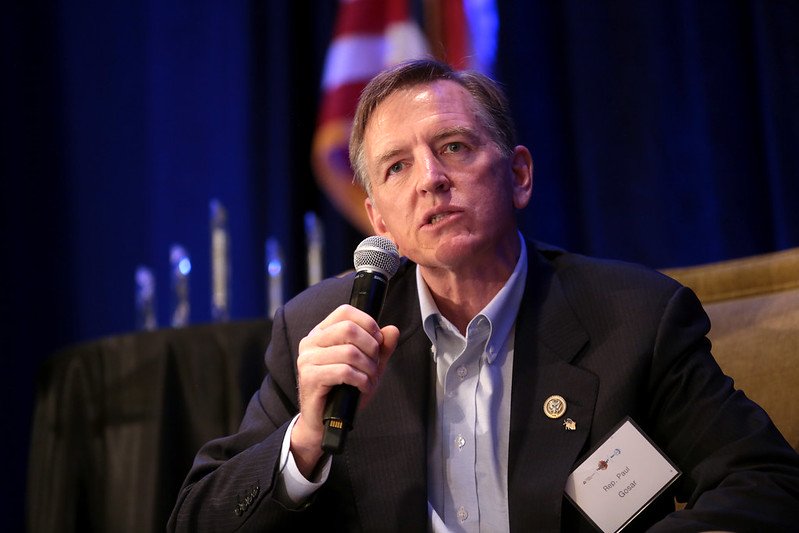 U.S. Capitol Police are investigating a woman who made death threats against Republican Rep. Paul Gosar of Arizona in a voicemail.

THANK YOU to the law enforcement officials for responding & helping to keep my office safe. I salute you. https://t.co/0s9ZhBSWTF

Margaret Kathleen Spangenberg, a “retired gifted teacher and licensed insurance agent,” called Gosar’s district office last week and left a voicemail indicating that she was unsatisfied with his COVID-19 response.


“So, the way I see it, since you supported a child rapist who has 65 years of crimes and you are doing s**t about Covid, and I’ve had people die, I think it’s totally OK for me to come with my gun and shoot you in the head,” Spangenberg said.

In addition to her threats to shoot Gosar, Spangenberg accused him of being a murderer and claimed “we’ll make sure we’ll send a lot of protestors your way too.”

Gosar has previously spoken out against violence claiming that inflammatory language used by the left spurs people to action.

“It is inciting violence against people they disagree with,” Gosar’s Chief of Staff Tom Van Flein said.

The suspect is a big @CaptMarkKelly activist. Violence against conservatives is trickling down from antifa street mobs to the “red for ed” socialists. I am told @CapitolPolice is investigating. https://t.co/CbnHOMOW9g

According to Van Flein, threats like the one from Spangenberg are becoming more frequent and normalized due to endorsement by the mainstream media and other influential people.

“You see celebrities and journalists who have implied that violence is OK against conservatives. There has been a general devolvement of civilized discussion. They feel morally justified to get people fired and hurting people. I think Mary feels justified in making this threat,” Van Flein added.

While Gosar has received numerous death threats during his time in Congress, The Arizona Daily Independent reports that despite federal law stating that threatening officials is a Class C or D felony with jail-time penalties, it appears that no one has been charged yet.

“I don’t think anyone who threatened Gosar was indicted or convicted,” Van Flein said but did clarify that “a warning poster” was given to Gosar’s staff of Spangenberg.

Van Flein also noted that this particular death threat was in bad taste because Spangenberg’s Facebook profile picture has a “Mark Kelly for U.S. Senate” filter on it. Kelly’s wife, Rep. Gabby Giffords, was shot in 2011 and became disabled as a result of her injuries.

“His wife was shot in the head,” Van Flein said “It is particularly despicable that she threatens a congressman like this.”

“This is not acceptable in a good society. A woman who should know better feels entitled to leave death threats to a U.S. congressman. That is the definition of privilege — that you can violate the laws and think there are not consequences,” Van Flein said.