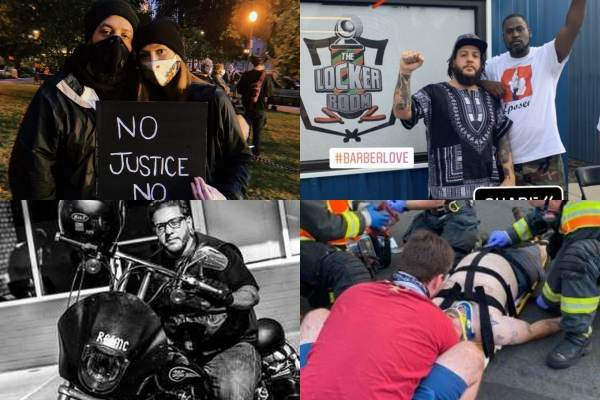 Sorry Jamesben, not according to DHS in their just released report on domestic terrorism, the “boogie men under the bed” is….wait for it….white supremacists and white supremacy! Weird, huh, how antifa and blm arent EVEN MENTIONED.

News Flash- antifa and blm are the EXACTLY the same as the KKK, just different sides of the same coin and I from now on am going to add the word “racist” in front of them, like “today racist black blm and antifa rioters looted and burned another city in blah blah blah”. I hope every conservative politician or pundit In media or giving a speech or in a public appearance uses the racist term as a prerequisite like I just did in describing them.

Incidentally, this report that omits the antifa and blm “freedom fighters” is brought to you by the same deepstate globalist NWO folks in our govt who created and armed Al Qaeda, ISIS, the “Syrian Free Rebels” and others that have killed hundreds of thousands (or more) of christians in the Middle East and thousands of our best and brightest young men and women in needless conflict/creation/solution “adventures”, brought a police Orwellian surveillance state to United State citizens like the patriot act and “FISA” court, out of control 3 letter “law enforcement” and “spy” agencies, upcoming mandatory dna changing vaccines, a planned gun confiscation program, selling us out to China and totally minimizing the nuclear threat posed by them and Russia, and many other goodies that will take away our money, liberties, freedoms, and for some of us our life, or the lives of loved ones.

That’s why even though I support President Trump, he’s not going to be able to prevail over these corrupt demonrat, rhino, neocon, and corrupt DC bureaucracy- there are too many entrenched in his our own ranks that want to betray him, and our country. The most we can hope for is for the President to give/ buy us alittle more time to get out of the demonrat controlled cities and states.