Former Vice President Joe Biden appeared to joke on Thursday that if he spoke any longer about his plan to increase taxes on the wealthy “he’ll shoot me,” as he addressed a group of Kenosha, Wis., residents after the police shooting of Jacob Blake.

While explaining to locals in attendance at Grace Lutheran Church how he planned to pay for several of the initiatives aimed at combating racial inequality that he’d outlined moments earlier, Biden alluded to several people in the audience who appeared to stand up during his remarks or otherwise seemed antsy for the Democratic nominee to wrap up.

“I don’t want to punish everybody, but everybody should pay a fair share,” Biden said of corporations and America’s ultra-wealthy. “I can lay it out for you — I won’t now, because he’ll shoot me — but here’s the deal,” he said.

Biden wrapped up his comments moments later, but not before assuring the audience that “I’d pay for every single thing I’m proposing without raising your taxes one penny,” unless they make more than $400,000 a year. 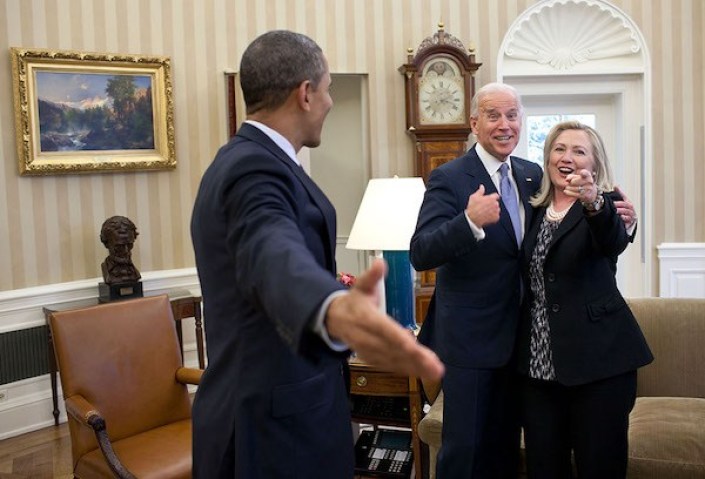