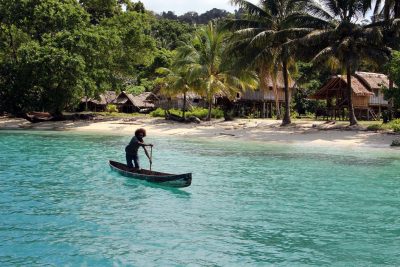 The leader of the Solomon Islands province of Malaita announced earlier this week that his region will seek independence from the central government due to its disagreement with the capital over the latter’s recognition of Beijing last year as the legitimate government of China, which could dangerously plunge this underdeveloped nation back into a state of civil conflict that could then be exploited by the Quad as a proxy war for “containing” Chinese influence in the South Pacific through “Balkanization”.

From The Global Periphery To The Center Of Attention

The South Pacific, long regarded as a far-flung region that’s largely irrelevant to all major countries apart from nearby Australia, has increasingly figured more prominent in global media reports over the past few years as the West has sought to portray this part of the world as the latest theater in the West’s New Cold War with China. The narrative goes that China’s recent inroads through its Belt & Road Initiative (BRI) and some regional states’ decisions to recognize Beijing as the legitimate government of China has given the People’s Republic the opportunity to expand its influence there, which is being portrayed in a zero-sum manner as supposedly being a threat to Western interests. Political tensions have been building over the past year as more pressure was put upon these countries by their traditional Western partners to either reverse their relations with Beijing or at the very least “balance” them out by re-engaging with the Australia and/or the US, two of the four countries that comprise the so-called “Quad” alongside India and Japan which are collectively accused of seeking to “contain” China. Although concerning, this tense state of affairs had yet to destabilize the region, but that might soon change after the latest news coming from the Solomon Islands.

On The Precipice Of Civil War

The leader of the Malaita Province — the most populous one in the country that’s home to approximately a quarter of the Solomon Islands’ less than 700,000 people — announced earlier this week that his region will seek independence from the central government due to its disagreement with the capital over the latter’s recognition of Beijing last year. This is especially troublesome because the Solomon Islands’ de-facto state of civil war that lasted between 1999-2003 and prompted a nearly 15-year-long Australian-led peacekeeping intervention directly concerned an ethno-regional dispute between Malaita and the neighboring island of Guadalcanal which hosts the country’s capital. The Capital Territory and Guadalcanal Province collectively have more people than Malaita does, which means that any possible exacerbation of their former conflict with one another over the China-Taiwan issue could immediately plunge approximately half of the Solomon Islands back into civil conflict. That, however, might be exactly what the Quad is hoping for since it could then easily exploit this unrest as a proxy war for “containing” Chinese influence in the South Pacific through “Balkanization”.

Hybrid War On The Solomon Islands?

What’s important to point out is that the China-Taiwan issue is simply a trigger for thawing this unresolved conflict between the two islands and their people, one which predates the Quad’s formation by over a decade but could potentially be encouraged by them for the aforementioned reason. It’s extremely unlikely that the leader of Malaita Province would make such a dramatic announcement had he not already secured support from this bloc’s American and Australian members, both of whom have an interest in pushing back against what they’ve portrayed as the “aggressive” expansion of Chinese influence in the region that they’ve historically regarded as falling within their joint “sphere of influence”. The external exacerbation of preexisting identity conflicts for geostrategic reasons — especially those related to disrupting, controlling, or influencing transnational connective infrastructure projects such as BRI — fits the author’s definition of Hybrid War. That means that this scheme can rightly be described as the Quad’s Hybrid War on the Solomon Islands, which could become the catalyst of geostrategic change all across the New Cold War’s South Pacific theater if the “Balkanization” process that’s being unleashed in that country uncontrollably spreads throughout the region. 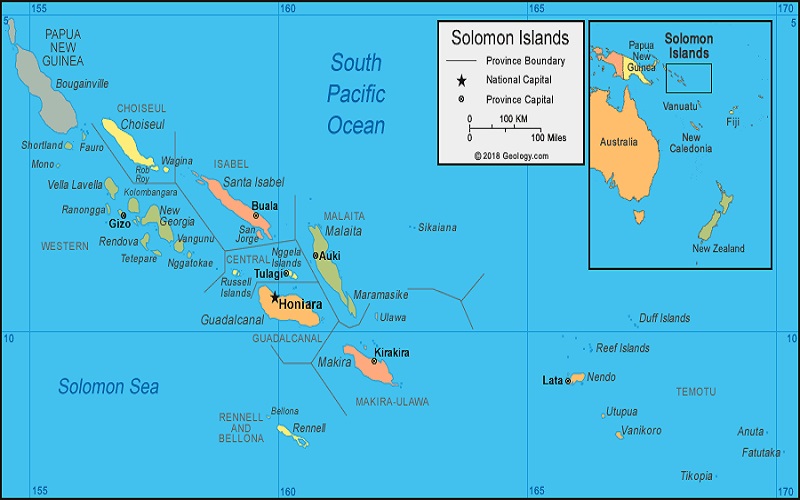 Any resumption of civil war-like unrest in the Solomon Islands as a result of Malaita’s attempted secession will almost certainly prompt another international peacekeeping mission there, one which might be led not just by Australia like last time, but jointly by it and its other three Quad partners. After all, US Deputy Secretary of State Biegun declared his country’s intention earlier this week to create a NATO-like military bloc in the so-called “Indo-Pacific” in order to “push back against China in virtually every domain” there. He strongly hinted that the Quad could play such a role, and another conflict in the Solomon Islands might be just what’s needed in order to provide the impetus for formalizing this structure to that point. The previous Australian-led peacekeeping mission wasn’t all that difficult compared to others across the world so a forthcoming one possibly led by the Quad’s four members could serve as the perfect opportunity for strengthening their military interoperability with one another in a real-world mission instead of just another exercise. It wouldn’t entail as much of a cost as doing so elsewhere in this transoceanic region should another Hybrid War be manufactured for that purpose, and the benefits to their bloc could be tremendous in terms of their grand strategic impact.

Special attention should be paid to how this scenario is already being sold to the public. Reutersquoted Malaita’s leader as evoking the UN principle of self-determination, which in this context could easily be spun in a way to sympathetically present him and his people as “freedom-loving democrats” opposed to the “Chinese-controlled tyrannical central government”. Considering how preconditioned many people across the world are to suspect China of ulterior motives through BRI, it wouldn’t be surprising if they fall for this emerging narrative. To make it more believable, unverified claims could be made about alleged human rights abuses carried out by the central government with Chinese support. Reports could also be spread fearmongering about the environmental consequences of any potential BRI projects on the island. Since the nearby Papua New Guinean Autonomous Region of Bougainville just held a non-binding UN-recognized independence referendum that overwhelmingly passed last year, the legal precedent has been established for arguing that Malaita deserves the same opportunity to choose its own destiny as the only lasting solution to the Solomon Islands’ similar ethno-regional conflict.

It’s impossible to predict in detail exactly how a Quad-China proxy war in the Solomon Islands could play out, but the initial conditions are such that one can nonetheless identify the broad contours of this conflict. Violence would probably be concentrated mostly in Malaita and among migrant communities on Guadalcanal, which would thus make them the two most likely places for a Quad-led peacekeeping force to deploy. If the central government successfully secures the capital region and its surroundings, then the peacekeeping mission might only concern Malaita and thus set it along the trajectory of seemingly inevitable independence pending a UN-recognized referendum there overseen by the Quad. If the authorities lose control of parts of Guadalcanal, however, then a regime change is certainly possible with or without a Quad-led military intervention there, one which could still result in Malaita’s eventual independence but also the reversal of the country’s recognition of Beijing back to Taipei. In the course of events, China might be compelled to evacuate some of its citizens if they’re targeted by the separatists, who might also attack them systematically in order to prompt China into deepening its political, financial, and perhaps even military support of the authorities through “mission creep”.

The news that the leader of a South Pacific island nation’s province announced his separatist intentions might have seemed so irrelevant to the rest of the world at first glance as to not warrant any serious attention, but the fact of the matter is that this event is actually extremely important because it’s poised to turn the South Pacific into the latest hot spot of the New Cold War. The author predicted three years ago in September 2017 that “it’s impossible to speculate on exactly what could set off a renewed round of violence in the [Solomon Islands], but the most probable scenarios have to do with a continuation conflict between the people of Guadalcanal island and neighboring Malaita, which was at the core of the ‘The Tensions’ in the first place.” That’s exactly what seems slated to happen after the leader of Malaita used the central government’s recognition of Beijing as the pretext for thawing this unresolved conflict, all with the very likely support of the Quad for the purpose of “containing” China in the region through “Balkanization”, which in turn could serve as the regional security impetus for formalizing the bloc into an “Asian NATO”. The calm waters of the South Pacific might therefore soon give way to a tempest of Hybrid War trouble with global strategic implications.