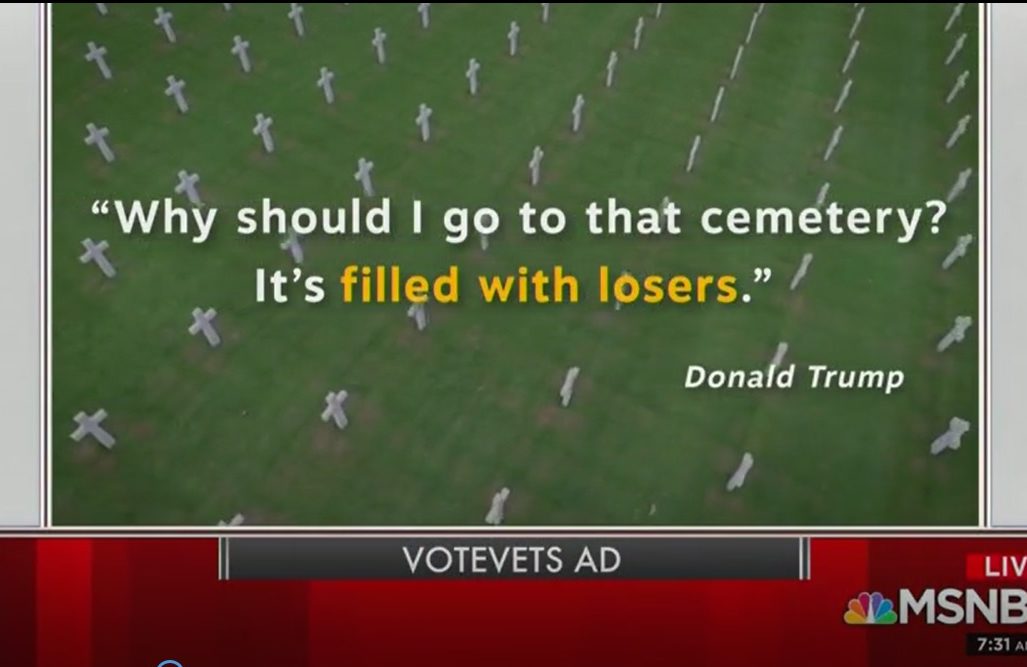 The Atlantic published a damning hit piece on President Donald Trump Thursday night based on four anonymous sources accusing the president of using inclement weather as an excuse not to visit graves of fallen World War I soldiers, and claiming he made disparaging remarks on former Arizona senator and Vietnam war hero John McCain.

“When President Donald Trump canceled a visit to the Aisne-Marne American Cemetery near Paris in 2018, he blamed the rain for the last-minute decision, saying ‘the helicopter couldn’t fly’ and that the Secret Service wouldn’t drive him there. Neither claim was true,” Atlantic Editor in Chief Jeffrey Goldberg charged without a single source on record. “Trump rejected the idea of the visit because he feared his hair would become disheveled in the rain, and because he did not believe it important to honor American war dead.”

“Why should I go to that cemetery?” Trump reportedly said. “It’s filled with losers.”

The president also allegedly issued more derogatory comments related to long-time rival McCain, telling White House staff in 2018 following the Arizona senator’s death “we’re not going to support that loser’s funeral,” three years after telling an auditorium audience on the campaign trail in 2015 that McCain was “not a war hero.”

Shortly after publication, The Atlantic’s anonymously-sourced reporting was making viral rounds on the internet and provoked immediate reactions from well-organized rapid-response teams from all corners of the political arena. True to form, Democrats and legacy media predictably latched onto the latest accusations built entirely on secret sources as an illustration of the president’s corrupt character, highlighting previous public comments on McCain as evidence to support The Atlantic’s credibility relying on anonymous insiders.

The White House on the other hand, vehemently denied Thursday’s allegations while conservatives called out The Atlantic’s flouting of journalistic values of transparency publishing what could have very well been made up. After all, The Atlantic did just that in July, and refused to correct the record for days after it got caught.

The timing of the ad raises several questions then, that prompt further skepticism of the anonymously-sourced claims, including whether the left-wing group had been colluding with either The Atlantic, or the 2018 White House staffers who spoke to the liberal magazine.

Vote Vets did not immediately respond to The Federalist’s request for comment.