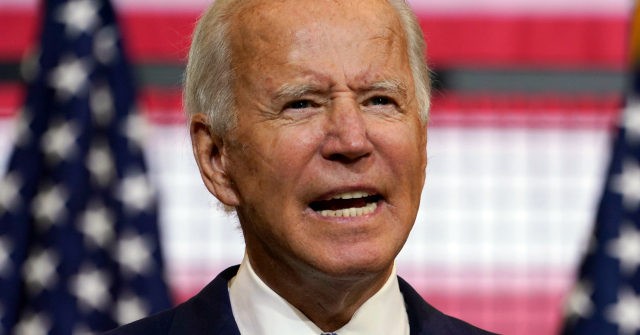 Joe Biden chided President Donald Trump on Friday over a recently published story by the Atlantic alleging the commander-in-chief once described America’s fallen veterans as “suckers” and “losers.”

The former vice president, whose own late son, Beau, served in the Delaware National Guard, told reporters in Wilmington, Delaware, that Trump’s alleged comments were out of line but not surprising.


“If what is written in the Atlantic is true, it’s disgusting,” Biden said. “And it affirms what most of us believe to be true: that Donald Trump is not fit to do the job of president and be commander-in-chief.”

Paraphrasing some of the alleged remarks, the former vice president invoked his late son’s service in both the Balkans and Iraq to rebuke Trump.

“The servicemen and women he served with, particularly those that didn’t come home, were not losers,” Biden said before calling on Trump, if the allegations are true, to apologize to every military family “he’s denigrated and insulted.”

When reporters questioned him further about the topic at the end of his remarks, the former vice president asserted that everyone knew what Trump allegedly said was “deplorable.”

The former vice president’s rebuke came one day after the Atlantic published a story citing anonymous sources who claimed Trump refused to visit Aisne-Marne American Cemetery during a trip to France in 2018. According to the sources, the president did not want to visit the cemetery, the site of the Battle of Belleau Wood, where more than a thousand American soldiers died during World War I, because “he feared his hair would become disheveled in the rain.”

“In a conversation with senior staff members on the morning of the scheduled visit, Trump said, ‘Why should I go to that cemetery? It’s filled with losers,’” the outlet reported. “In a separate conversation on the same trip, Trump referred to the more than 1,800 Marines who lost their lives at Belleau Wood as ‘suckers’ for getting killed.”

Although numerous Trump administration officials, past and present, who were on the trip deny the president made any such remarks, Biden spent a significant portion of his press conference on Friday, officially meant to discuss the new unemployment numbers, discussing the topic.

While the former vice president did admit it was still unclear if the reports were accurate, he suggested that Trump’s attacks on the late Republican Sen. John McCain during the 2016 GOP primaries did not pose well for his defense.

“Who the heck does he think he is?” Biden said. “Is it true? Well, we’ve heard from his own mouth his characterization of American hero John McCain as a loser in 2015. Donald Trump said he was not a war hero: ‘I like people who were not captured.’”