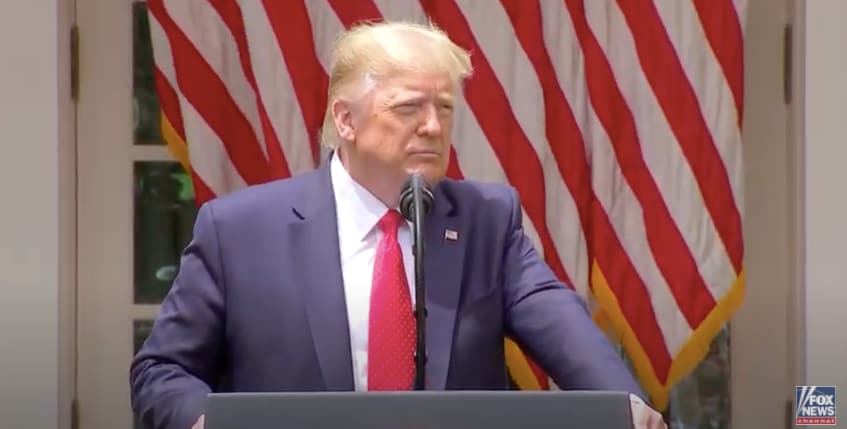 President Donald Trump responded forcefully Friday to a report in the online magazine The Atlantic, which claimed he had disparaged fallen troops and wounded veterans on a trip to France in 2018, calling them ‘losers’ and ‘suckers.’

I received the story early in the morning from a former federal law enforcement official, as well as a military veteran, who like my husband, Marty, fought on numerous battlefields around the world in duty to our nation.

In fact, one of my husband’s best friends was killed several years after Marty was wounded and blinded permanently in Eastern Afghanistan.

On that day that Brian lost his life, he was going after a foreign terrorist that was operating in the country. It was late at night, and he wanted to clear the rooftop because his men were below and exposed. He was just that kind of guy, all the men he served with would say. He, like my husband, would be the person you’d want next to you during a fight. They would never desert or betray anyone.

I often wonder what was the last thing Brian, who wrangled with the demons of war, thought of when he knew he wasn’t making it off that building. I believe it was his wife and daughter.

I remember him talking with the guys at a party shortly before he deployed to Afghanistan. They were drinking and he was giving a pep talk: “why is it we do what we do?”‘ I won’t go into all of the reasons here because it’s a complicated answer.

It’s complicated, partly because it is who they are and their disposition to be protectors and guardians of our nation. They are the kind of people you want beside you in battle when things go sideways. They are loyal, true and will never walk away when you need them most.

Both Brian and Nate had children, they were good husbands and just wanted to do what they do best to make the world a better place for all of us. They gave up everything in the process.

My husband’s last memories before the darkness swept him and blinded him was the rough mountainous and vast foreign landscape of Eastern Afghanistan. He also recalls the rifle hitting the rocks beside his feet before the lights went out. It has not been easy.

I don’t believe and I don’t want to believe that President Donald Trump would disparage our fallen and wounded soldiers. For the most part, I don’t believe it. The few times I’ve spoken to the President he’s told me about the concern for the troops, endless wars and the need to do more for our veterans.

He responded to the story’s other accusations that he didn’t want to fly the flags at half mast for former Arizona Sen. John McCain, who was a veteran and who frequently sparred publicly with Trump over many issues.

“I never called John (McCain) a loser,” said Trump. “And swear on whatever, and whoever, I was asked to swear on that I never called our great fallen soldiers anything but heroes.”

I spoke to a close friend of the President, who has traveled with him and has been with him at Dover Air Force Base when fallen troops have arrived in American flag covered caskets on their final journey home. The source noted that the Atlantic’s story is far from the man they know.

It’s also hard for me to believe and why if this is true didn’t these sources reveal this two years ago. Why wait now if they were so outraged? Maybe we should ask but all four of the sources were cowards who didn’t want their names in the story and did it anonymously.

The accusations they made should have been on the record. The President has the right to confront the accusers. This is a vicious election and the President’s actions do not match up with what is being said about him in The Atlantic by these sources.

He has done more for our veterans than any President I can remember. He cares about military families and has made them a priority. His actions speak louder than words.

As for all our men and women in uniform they are my heroes.

I have great pride in my husband and my family’s service to this nation. My brothers served in the military, one in the Air Force and the other in the Army. My father fought in World War II and the Korean War. My grandfather fought in WWI and my mother’s family were warriors against rising communism and Fidel Castro in Cuba.

My husband served our nation since he was 17 years old and I wouldn’t want anyone else in my life but him.

I believe in President Trump and it would be an honor for me to discuss the issues with him on my podcast about our military and the accusations lobbed against him by these anonymous sources.