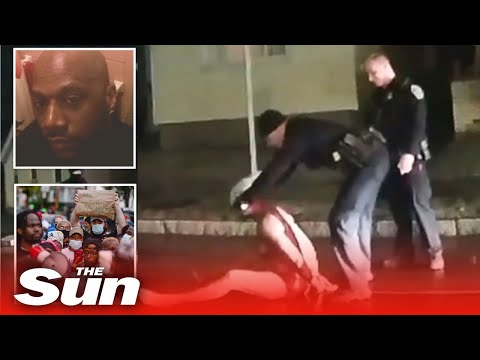 Daniel Prude died March 30 after he was taken off life support, seven days after the encounter with police in Rochester. His death received no public attention until yesterday, when his family held a news conference and released police body camera video and written reports they obtained through a public records request.

His brother had phoned for assistance because he was suffering a mental health episode. Prude had walked out of his brother’s house at around 3am in frigid temperatures, wearing only long underwear, a tank top and socks. As he made his way through the neighborhood, he started removing his clothes. Police claim he also smashed windows. Several other people encountered him, with at least one calling 911 to report his erratic behavior.

A medical examiner concluded that Prude’s death was a homicide caused by “complications of asphyxia in the setting of physical restraint.” The report lists excited delirium and acute intoxication by phencyclidine, or PCP, as contributing factors.

Prude was from Chicago and had just arrived in Rochester for a visit with his brother. He was kicked off the train before it got to Rochester, in Depew, “due to his unruly behavior,” according to an internal affairs investigator’s report.

Rochester police officers took Prude into custody for a mental health evaluation around 7 p.m. on March 22 for suicidal thoughts — about eight hours before the encounter that led to his death. But his brother said he was only at the hospital for a few hours, according to the reports.

Police responded again after Joe Prude called 911 at about 3 a.m. to report that his brother had left his house.