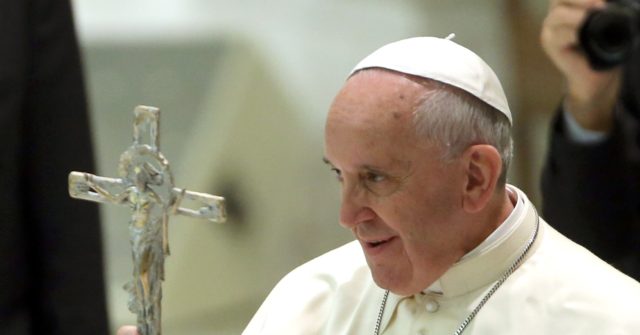 ROME — Pope Francis denounced a blind trust in science Friday, insisting the coronavirus pandemic has revealed both the greatness and the limits of science.

This time of trial has “shown us the greatness of science, but also its limits,” the pontiff told participants in the Forum of the European House-Ambrosetti meeting Friday and Saturday outside Rome.

“In this tragedy, that humanity as a whole continues to experience, science and technology have, of themselves, proved insufficient,” Francis said. “What has proved decisive instead is the outpouring of generosity and courage shown by so many persons.”

Despite frequent appeals to “science” during the months of the pandemic, battles raged over exactly how to interpret the data that was becoming available and rifts frequently appeared among the scientists themselves regarding issues such as the efficacy of mask-wearing, the usefulness of drugs such as hydroxychloroquine, and the lethality of COVID-19.

The original study produced by King’s College, London, in March was off by orders of magnitude, predicting 2.2 million coronavirus deaths in the United States alone and leading to panicked responses around the globe.

“This should spur us to move beyond the technocratic paradigm, understood as a sole or dominant way to deal with problems,” the pope said Friday. “That paradigm, born of a mindset that sought mastery over the natural world, was based on the erroneous presupposition that an infinite quantity of energy and resources are available, that it is possible to renew them quickly, and that the negative effects of the exploitation of the natural order can be easily absorbed.”

“Where nature and, even more, persons are involved, another way of thinking is needed, one that can broaden our gaze and guide technology towards the service of a different model of development, more healthy, more human, more social and more integral,” he said.

As he has done on other occasions, the pope went on to insist on the need for “an ecological conversion, in order to slow down our inhuman pace of consumption and production, and to learn once more how to understand and contemplate nature.”

“Now, more than ever, Europe is called to show leadership in a creative effort to emerge from the straits of the technocratic paradigm as applied to politics and the economy,” Francis said. “This creative effort must be one of solidarity, the sole antidote to the virus of selfishness, a virus far more potent than Covid-19.”