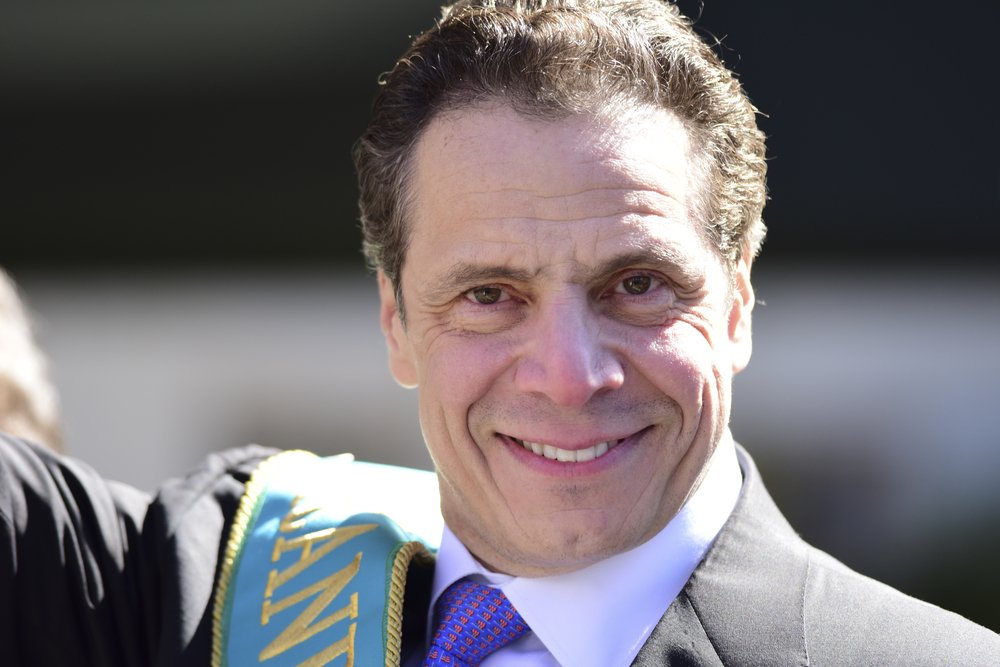 The only thing that New York Gov. Andrew Cuomo likes more than sending old people to die in nursing homes riddled with the Chinese Virus is to act like a tough guy. On Wednesday he warned the president not to set foot in New York City, the city where the president is from.

In response to Trump’s plan to withdraw federal funding from cities that refuse to protect their citizens, the governor had this to say, “He better have an army if he thinks he’s gonna walk down the street in New York. New Yorkers don’t want to have anything to do with him.”

This is really rich from a governor whose state suffered the most ravaging effects of any during the pandemic, and who received enormous federal support from Donald Trump. While most of the country is reopened to a large extent and fueling an nationwide economic recovery, New York City is still basically shut down, and as has been true for months now, Cuomo has given no clear indication when it will actually open. But yeah, Donald Trump is the problem, OK.

Cuomo says Trump couldn’t have enough bodyguards to keep him safe in Gotham. I’ve got some news for him, Donald Trump won 57 percent of the vote in Staten Island, and if Trump decides to hold an event there, he’ll have plenty of bodyguards.

As Ric says in Casablanca, ‘There are certain parts of New York City I wouldn’t suggest you try to invade.” Staten Island is one of them. And given the economic devastation the governor’s policies have wrought there, he is the one who should watch his back if he crosses the Verrazano Bridge.

It’s been a tough few months for Andrew Cuomo. Remember back in April when half the pundits in Washington were convinced that his fine leadership would somehow land him at the top of the presidential ticket instead of Joe Biden? Look how measured and reasonable he is at his press conferences, everyone said, so unlike Trump. Then the death toll kept rising, and rising, and rising. But that was OK, Democrats insisted, because soon places like Florida and Georgia with horrible governors will be much worse. Just wait two weeks! Well, that was almost 4 months ago and it never happened.

This is all Gov. Cuomo has left now. Deflecting blame for his own failures on to Donald Trump even as most of the rest of the country is thankfully returning to more normal times. It’s not going to work. He cannot hide the truth of what happened in his state forever, even with a compliant corporate media. As Shakespeare told us, the truth will out.

This kind of “tough guy from the neighborhood” bravado is very natural to New Yorkers when they are stuck in a corner, and that is exactly where the governor is. And it is exactly why Trump should come to New York City and demand that Gov. Cuomo and Mayor Bill de Blasio fast track the city’s reopening before any more lives and businesses are destroyed. He should demand that our local officials support the police instead of insulting them by painting murals of a Marxist anti-police organization on the city’s streets.

Nobody speaks for New York City, not me, not the mayor, not the governor. The voice of New York City is a diverse chorus, not a monolith. Trump received 20 percent of the vote in 2016, in a city of 8 million that equates to 1.6 million people.

So yes, Donald Trump is perfectly welcome to come back to his home, New York City. In fact, Cuomo should be on hand to thank him for the ventilators, the USNS Comfort, the hospital at the Javitz Center and so much more federal aid that ensured Cuomo’s mismanagement didn’t cost more lives.