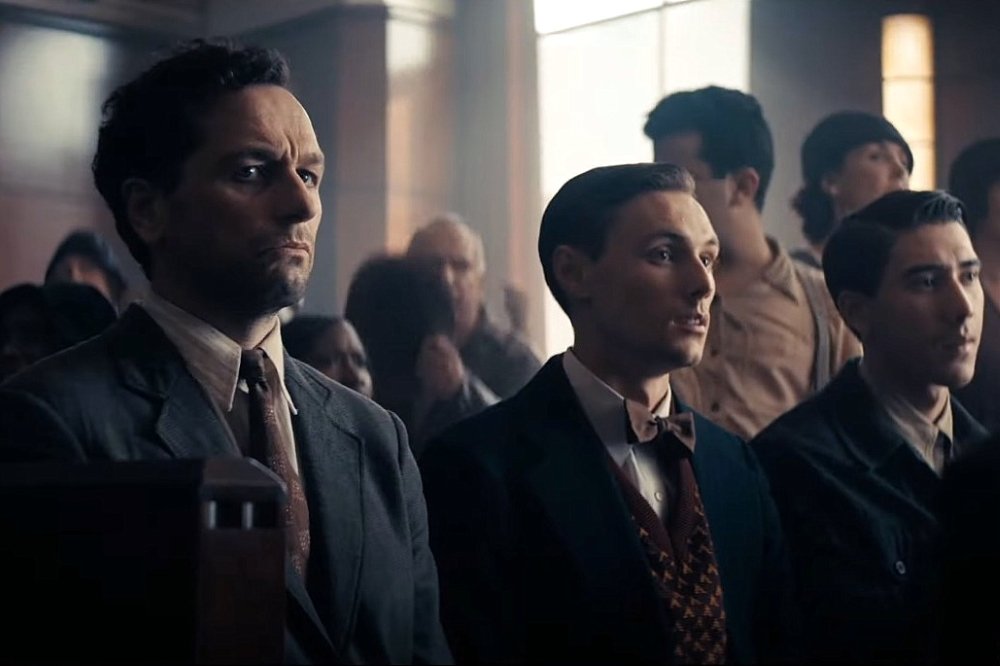 I have a professional background in two extremely ugly businesses: war and criminal justice. One is full of unspeakable violence, nationalistic propaganda, and moral double standards. The other is war. Both are in the business of sacrificing young men on the promise that it’s the only way the rest of us can live in freedom.

As a soldier-lawyer, I normally have little use for modern entertainment, and even less for entertainers. A key part of the entertainer’s craft is creating the illusion that what they are doing is “important.” But what entertainers do is — almost by definition — unimportant. This is why the latest presentation of Erle Stanley Gardner’s most famous fictional creation, Perry Mason, is so fascinating to me.

You’ve probably never heard of Gardner, but you have heard of Perry Mason, whom Gardner presented almost entirely without biographical detail. This leaves much room for interpretation by those entertainers who have portrayed Mason.

In the most recent edition of “Perry Mason,” now available on HBO, Welsh actor Matthew Rhys follows Raymond Burr in the titular role. This Mason served as a U.S. Army officer in the First World War, where he experienced the inhuman brutality and moral incoherence of war. Returning home to the as-yet-undeveloped Los Angeles of the interwar years, Mason is a washed-out and washed-up private detective when the story begins.

Mason works within a Los Angeles justice system that is as brutal and morally incoherent as the war from which he is still fleeing. I won’t spoil HBO’s version for you. Suffice it to say, however, that Mason’s moral core has been hollowed out by the horrors of what he has seen in war — and even more by what he’s done.

Through a series of not-implausible events (for the era), Mason finds himself a brand-new member of the bar defending a woman who is accused of helping to kidnap and murder her own baby. The district attorney is focused on hanging her to elevate himself, and the judge is focused — as judges often are — on not letting theoretical abstractions like “justice” gum up the smooth operation of his court.

I have defended five men against allegations of premeditated murder, and the portrayal of how Mason and his team prepare for trial is the most realistic I have ever seen. For anyone who’s seen the TV show, the outcome is never the point of the story. Instead, it’s how the end is reached which delivers the central message of this version of “Perry Mason”: Criminal justice, like life, is as morally ambiguous and disturbing as the war Mason thought he left behind in France.

Mason believes, as I do, that preventing injustice — not power or self-advancement or gain — is the only thing that can answer the elusive “Why?” that haunts him. Mason naïvely believes the government should also have to follow its own rules, and it is his naïveté that offers the key to recovering his lost soul.

Like Winston Churchill’s famous description of Western liberal democracy, trial by jury is the worst system of justice ever invented — except for every other system. As one of the key protections of every individual against government abuse, the right to trial by jury should be a fundamentally conservative priority. But in the lying names of “efficiency” and “public safety,” we’ve allowed juries to be cut out of criminal justice. Like so many of the treasures we inherited, the right to trial by jury was hard-won by hard men in hard times, only to be squandered by lesser men when times get easy.

Today’s justice system isn’t the semi-balanced contest between prosecutor and defense counsel before a conscientious jury portrayed in “Perry Mason” (and experienced by me in more than 100 courts-martial): In 2020, an incredible 97 percent of federal prosecutions and 94 percent of state ones never got to a jury. Cases plead out because mandatory minimums and rampant overcharging and judge-only sentencing have excluded juries from being able to express mercy, which is very often the clearest expression of justice.

Today, people are told to obey the law because the government says so. But when the right to trial by jury still existed, we told each other what was, and wasn’t, acceptable. By removing mutual accountability, we drifted into a world in which power, not justice, decide “right” and “wrong.” Once that happened, control of government became the control of right and wrong.

We are ruled today by slickly produced misdirection concealing nothingness. Like a ship’s navigator in fog, those who rule us have only self-assurance to ensure they are not steering us onto the rocks. Is it any surprise that politics now attracts the pathologically self-assured?

You might ask: “Who allowed this to happen?” Shakespeare offers a clue: “The fault, dear Brutus, is not in our stars / But in ourselves, that we are underlings.”

We who were handed the sacred dream of hundreds of generations — the right to self-government — have shamefully abandoned it. Instead, we have retreated to the shelter of the lying promises of those whom we know are lying.

The streets aren’t fully safe or better maintained, the homeless and mentally ill aren’t being cared for, public resources aren’t being carefully preserved for the neediest and vulnerable. We have allowed the authority to be disconnected from responsibility; and those who rule us are having an increasingly difficult time hiding their contempt for us.

Maybe this version of “Perry Mason” hits me so hard because I cannot escape the feeling that our political class, of both sides, has declared war on us. Divide et impera. No one questions their orders, and our “generals” feed ever more bodies into the meatgrinder, crushing and destroying them in the name of serving us.

Like Perry Mason, I have stared into the abyss. For both of us, only the relentless frustration of injustice can ease our troubled souls. But justice without juries is as unachievable as order without cops.