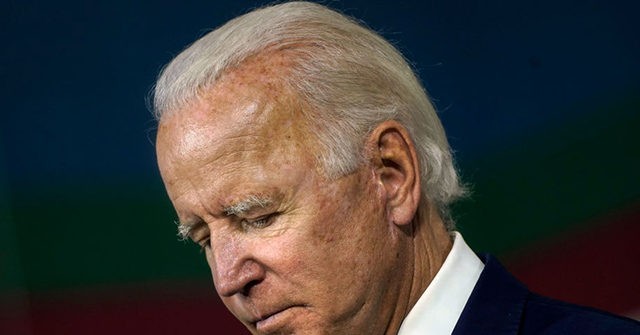 “[Biden] has shipped more jobs to China than probably any human being alive,” said Trump Jr. in reference to the former vice president’s “entire voting record on trade.”

Trump Jr. noted much of the news media’s framing of Biden as a blue-collar and working class man.

“Watching today’s media try to run this guy as though he’s going to be good for the blue collar worker when he’s literally decimated the middle class — the manufacturing sector of America — is truly amazing, and one of the things that has to be highlighted especially in the swing States,” remarked Trump. Jr.

Trump Jr. determined, “Joe Biden has single-handedly done more to destroy the American middle class than probably any politician alive, and that’s impressive, because we’ve done so really really bad job until Donald Trump got involved there’s a lot of bad ones you see that permit.”

Trump Jr. noted how Biden’s entire adult life has been in politics.

Trump Jr. said, “[Biden] says he’s ‘Blue Collar Joe,’ but he got his first D.C. official elected position when he was in his twenties. He’s never had a blue-collar job in his life. The reality is Donald Trump’s a rich guy. He doesn’t hide from that. He doesn’t pretend to be something that he’s not, but he did that as a builder, as the construction guy. He was in the foundations of buildings talking with construction guys. He understands [and] knows them. He likes them. He loves them. He got into this to fight for them.”

Biden’s pledge to end fracking must be made known to voters in Pennsylvania, stated Trump Jr.

Biden monetized his political influence to enrich himself and his family, observed Trump Jr. “Biden family graft” involved the sale of political decisions to China, he added.

“If I was doing the stuff that [Hunter Biden] was doing I’d be in jail, right now,” said Trump Jr. “I call it the Biden Crime Family, because that’s what it is. If I took 1.5 billion from the Chinese government, it would be a really, really big story.”

Trump Jr. estimated how much Hunter Biden was paid by Bohai Harvest RST (BHR)  — an investment firm founded in partnership between himself and a subsidiary of the state-run Bank of China — during his tenure on the company’s board.

Trump Jr. said, “When someone invests into a fund like that — 1.5 billion into a fund — there’s a typical fee structure. Usually it’s about a two-percent management fee, before you even get into profit. Just the two-percent management fee on 1.5 billion from the Chinese government is $30 million a year. That’s an annual fee to Hunter Biden for doing nothing, for not knowing anything about these things.”