18 U.S. Code § 231. “Civil Disorders” is a charge defined under federal law as a “public disturbance involving acts of violence which causes an immediate danger of or results in injury to people or their property.” [LINK]  Apparently this federal statute is now being used by U.S. attorney’s across the country. 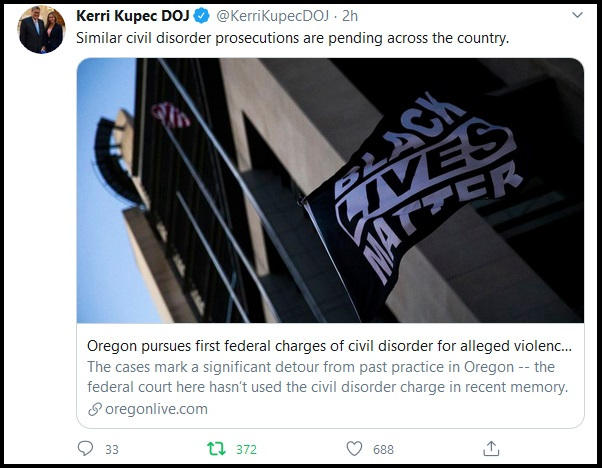 OREGON – Two men and a woman appeared before a federal judge Wednesday in Portland, becoming the first in Oregon to face the rare federal charge of civil disorder for alleged violence during this summer’s turbulent protests.

A Seattle man is accused of launching a ball bearing with a slingshot during a downtown demonstration in July and striking a Portland Fire Bureau medic.

A Portland woman is accused of throwing a helmet that struck a police sergeant in the head last week outside the Police Bureau’s North Precinct.

Another man is accused of repeatedly using a hammer to strike the glass above the front door of the Police Bureau’s East Precinct and elbowing an officer in the face in early August and then throwing frozen eggs and other objects at police three days later outside the Penumbra Kelly Building on East Burnside Street.

Good to see some accountability finally being leveled…. 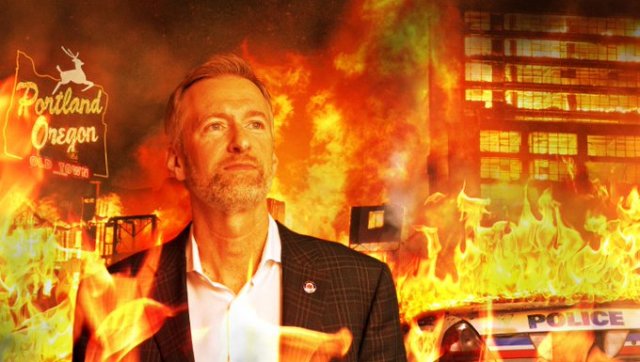