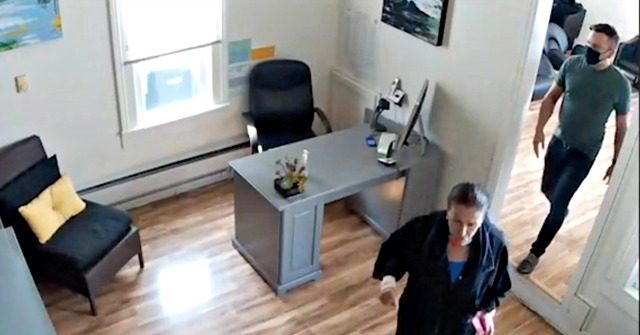 On Wednesday’s broadcast of the Fox News Channel’s “Tucker Carlson Tonight,” Erica Kious, the owner of the San Francisco hair salon that House Speaker Nancy Pelosi (D-CA) visited, reacted to Pelosi’s claim that she was set up by stating that Pelosi or her staff made the appointment and wondered, “if she’s in there comfortably, without a mask, and feeling safe, then why are we shut down?”

Kious said Pelosi “had called a stylist in, or her assistant did, and made the appointment. So, the appointment was already booked. So, there was no way I could’ve set that up. And I’ve had a camera system in there for five years. I mean, I didn’t go in there and turn cameras on as soon as she walked in to set her up. So, that’s absolutely false.”

Kious reacted to Pelosi’s claim that she believed that one-on-one appointments were allowed by stating, “I see clients one-on-one. So, that would mean I would be open, right?”

She later added, “I just thought about my staff and people not being able to work and make money and provide for their families, and if she’s in there comfortably, without a mask, and feeling safe, then why are we shut down? Why am I not able to have clients come in?”