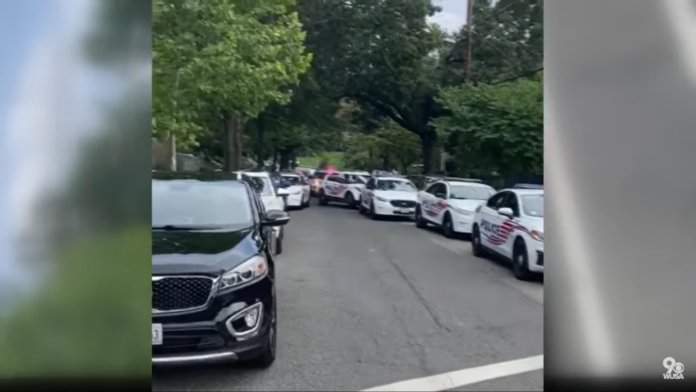 The incident happened around 4 p.m. in the 200 block of Orange Street SE.

Police Chief Peter Newsham told local media that officers were responding to a report of “guns in a vehicle.”

When the cops approached the vehicle, the suspects fled on foot.

At some point, officers fired on at least one suspect–who was pronounced dead. Newsham said two firearms were recovered from the scene.

As Newsham spoke to the media, a woman shouted that the suspect killed was a 17-year-old person who and unarmed. This was not confirmed.

After the shooting, protesters gathered outside of a police station.

Councilmember Trayon White told WUSA, “We’ve seen this narrative too many times in America, and now it’s hitting home,” White said. “I talked to his mom about 15 minutes ago and we want to figure out what’s on the body camera footage, to figure out if he was running away why was he shot? [Police] said two weapons were recovered, but when the question was asked, ‘was he armed?’ there was no straight answer, so we want to get the facts of what happened to this young man.”