The White House on Tuesday denounced a proposal from a group appointed by Washington, DC, Mayor Murial Bowser to change or remove historical monuments in the city.

The report proposes a recommendation that the federal government “remove, relocate, or contextualize” monuments such as the Washington Monument, the Christopher Columbus Statue, an Andrew Jackson Statue, and the Jefferson Memorial. 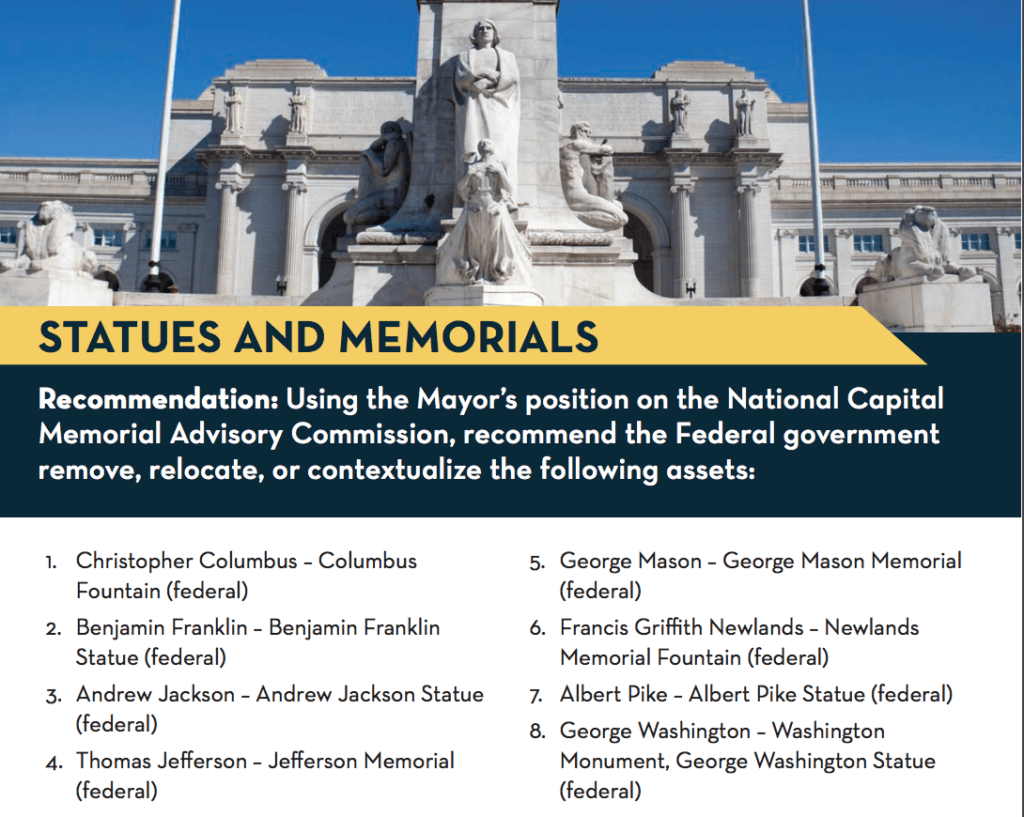 Bowser shared the report on social media on Tuesday.

“This July, I tasked the DCFACES Working Group with evaluating public spaces to ensure the namesake’s legacy is consistent with DC Values,” Bowser wrote on Twitter. “They have delivered the report, and I look forward to reviewing and advancing their recommendations.”

The chairs of the working group said they examined over examined 3,050 properties and monuments and discovered over 153 “persons of concern” that warranted a change.

“Our decision-making prism focused on key disqualifying histories, including participation in slavery, systemic racism, mistreatment of, or actions that suppressed equality for, persons of color, women and LGBTQ communities and violation of the DC Human Right Act,” they wrote in their report.

But the White House said that the president had no interest in participating in any attempt to dramatically transform Washington, DC, adding that Bowser should be “ashamed” for even proposing the idea.

“President Donald J. Trump believes these places should be preserved, not torn down; respected, not hated; and passed on for generations to come,” the statement read. “As long as President Trump is in the White House, the mayor’s irresponsible recommendations will go absolutely nowhere.”