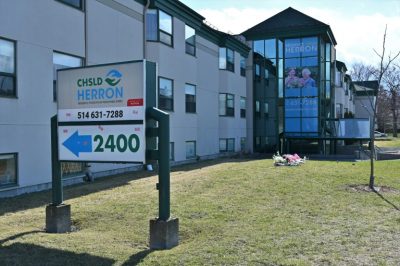 The director of the World Health Organization, Tedros Adhanom Ghebreyesus, has welled-up because of it.  In March, he feared that the world’s elderly citizens risked being marginalised in any pandemic policy.  “If anything is going to hurt the world, it is moral decay.  And not taking the death of the elderly or the senior citizens as a serious issue is moral decay.”

The elderly have, along with other categories of doomed vulnerability, found themselves centre stage in this epidemiological play of death.  They feature in morbidity reports across the globe.  They are designated objects of state charity to be protected in some cases, shunned in others.  Often, they are abandoned, left to perish alone, with only medical staff for company, if that.

In March, the theme of abandonment featured strongly in accounts from Spain, where choices on the elderly, cruel and desperate, were made.  Retirement homes had become bits of paradise for coronavirus transmission.  Staff, poorly equipped and terrified, neglected and ignored their obligations.  During the course of disinfecting various care homes, the country’s military made alarming discoveries.  Residents were abandoned; others were found dead in bed.  Spanish Defence Minister Margarita Robles promised that the government would be “strict and inflexible when dealing with the way older people are treated”.

In Australia, the picture was repeated.  In Victoria’s second coronavirus surge, dead aged care residents were left in their beds at various aged care facilities across Melbourne for hours on end.  An already rotten system was shown to be putrefying.  Professor John Moloney, an emergency field doctor, came up with the understatement of the moment.  “What it shows is that there are significant pockets of society that are very vulnerable and it doesn’t take much to tip them over.”  It did not take long for squabbles to take place: the Victorian state government, already troubled by a failed quarantine system, sniping with the Commonwealth government, which wields general control over the aged care system.

The federal health minister, Senator Richard Colbeck, has come across as a ditherer of some note.  His expertise, and lack of interest in his portfolio, is commensurate with his lack of interest in seniors.  When asked the obvious question by a parliamentary inquiry as to how many elderly residents had died from coronavirus, he remained untroubled by knowledge. It took 35 seconds of awkward silence as he rifled through his documents.

Labor Senator Katy Gallagher would not wait: 254, as of the morning of Thursday, August 20.  Her colleague, Penny Wong, had come to the conclusion that the minister was resolutely incompetent.  “You know,” she explained on the ABC news channel on August 26, “I sit in the Senate every day with this bloke … I would not trust the care of my parents to him.”

Galloping diseases unveil accepted hypocrisies.  In reaching judgement on the impact of COVID-19, some world leaders have suggested a calculus at play. In a March 22 interview, Ukraine’s former health minister Illia Yemets obtusely advised the government to focus on those “who are still alive” – those above 65 were nothing better than “corpses”.

Brazil’s Jair Bolsonaro has also gone for the fatalist line.  He pleads the case for the hungry poor and unemployed – the economy first, in other words – even as he minimises the effect of a lethal virus that disproportionately harms them.  Towards the end of March, he laid bare his morgue-driven logic.  “I’m sorry, some people will die, they will die, that’s life.”  The same went for his old mother, a lady aged in her nineties.  Car factories should not stop, he argued, “because of traffic deaths.”

In the United States, the business interest remains in perennial battle against that of health.  The pro-economic faction in the Trump administration remains strong while such establishment voices as the New York Times argue “that a trade-off will emerge – and become more urgent in the coming months, as the economy slides deeper into recession.”

Industries do not stop because morgues fill.  Impetuously, Beppe Sala, the mayor of Italy’s economic engine, Milan, shared a video with the slogan “Milano non si ferma” (Milano does not stop) at the end of February.  The virus was not to be feared; the engine had to keep purring.  “We bring home important results every day because every day we are not afraid.  Milan doesn’t stop.”  The NSS Magazine was effusive in praise at such audacity and happy that the scaremongers had not won the day. The “mayor’s intervention demonstrated how the institutions must work in synergy with the private sector to avoid uncertainty about the future and to support the realities that have made Milan a European city.”

In a matter of weeks, Italy had become the next global epicentre of infection, passing China’s death toll from the virus.  Sala came to rue his enthusiasm.  “It was a video that went viral on the internet.  Everyone was sharing it, I also shared it, rightly or wrongly, probably wrongly.”

The calculus of death is something embraced by those who claim to be far sighted realists, wedded to a form of grim reaper choice theory.  Conservative, and not infrequently reactionary columnist for The Australian Janet Albrechtsen makes the case.  And she prosecutes it with considered callousness.  Writing in May, Albrechtsen offers a view not atypical to the spread sheet specialists who allocate resources and prioritise life.  In that world, the elderly are doomed.  “Government and policymakers are confronted by tough questions every day about where to spend money.”

She insists on speaking to doctors, though an unnamed “senior anaesthetist” is quoted as telling her that health decisions “are often shrouded in secrecy, but we don’t have unlimited resources to treat everyone to the maximum.”  A patient’s age becomes relevant in deciding, for instance, “who will get more years of life from a set of lungs or a new heart.”

Seeing humans as viable producers – and only that – leads to the endorsement of a particularly nasty streak of eugenics.  The Canadian, Oxford-based historian Margaret MacMillan, otherwise credited with being fairly liberal minded, makes the case that those over seventy “were not productive members of society, were not the people we need to get the economic engines going again, and we tend to be more vulnerable, so we should stay out of the way and let others get on with it”.  The productive will out; the elderly are merely needless intrusions.

Such needless intrusions can be disposed of.  Steel cold in reflection, a piece run in the British paper The Telegraph was not shy about suggesting as much, even as the death toll rose.  “Not to put too fine a point on it,” opined columnist Jeremy Warner, “from an entirely disinterested economic perspective, the COVID-19 might prove mildly beneficial in the long term by disproportionately culling elderly dependents.”  The virus could be congratulated.

“designing fiscal and monetary policies able to support the direct provision of resources to support workers and households, the provision of health and unemployment insurance, scaled up social protection, and support to businesses to prevent bankruptcies and massive job losses.”

When health becomes a matter of profit and Social Darwinian priorities; when the granting of medical services becomes a crude exercise of penny pinching because the tax dollars are not there, choices on survival assume an almost criminal form.  Harm and the risk of making them can be minimised.  Sentimentality need not come into it.  But COVID-19 has shown that human rights, and notably those of the elderly, are brittle before the march of pandemics, made worse by the desk bound policy maker and politicians captivated by bottom lines and budgets.