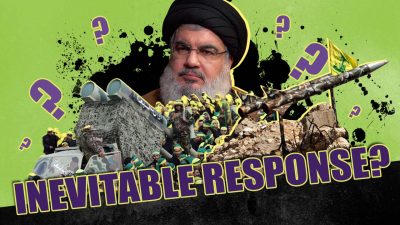 According to Syrian media, at least 2 people were killed and 7 others were injured in the attack. Material damage was also reported. The Israeli strikes were likely conducted as a part of the current Israeli-Hezbollah tensions in the region. Just recently, the sides exchanged a number of threats and the Israeli military even struck a supposed Hezbollah target on the Israeli-Lebanese contact line. In response, Hezbollah vowed to kill an Israeli soldier for every killed Hezbollah member. Therefore, if some Hezbollah members were killed in the August 31 attack, the movement will have to respond to this by force, or its public image in the region will be significantly undermined. Such a blow will be especially painful in the conditions of the developing political and social crisis in Lebanon following the Beirut port explosion on August 4.

On August 29, Turkey’s state-run Anadolu Agency claimed that the United Arab Emirates has had intelligence agents in northern Syria working with Kurdish YPG and PKK militias over the past few years. They reportedly trained YPG/PKK members in the fields of espionage, counter-espionage, sabotage, acts of assassination, signals intelligence, information security and communication networks. This training allegedly took place in the areas of Qamishli, Hasaka and Deir ez-Zor.

Earlier, on August 27, Lebanon’s al-Mayadeen TV reported that a group of Saudi service members had entered the area of al-Shaddadi in the province of al-Hasakah. According to reports, the Saudi side has been trying to convince local Arab tribes to support the US-backed Syrian Democratic Forces (SDF). The SDF mostly consists of and is led by the Kurdish People’s Protection Units (YPG) that in its own turn have ties with the Kurdistan Workers’ Party (PKK). The PKK is considered a terrorist group by Turkey and a number of other countries, including the United States. Thus, Turkey conducts military operations against the SDF and the YPG in northern Syria, while the United States supports them with weapons, funds and diplomatic cover.