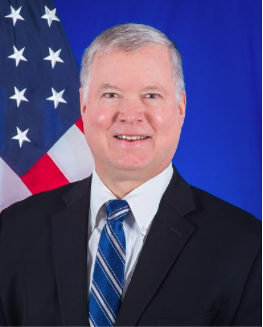 Washington’s goal is to get countries in the Indo-Pacific region to work together as a bulwark against ‘a potential challenge from China’, says the US official- He says the four nations are expected to meet in Delhi sometime this autumn

Washington aims to formalise its closer Indo-Pacific defence relations with India, Japan and Australia – also known as “the quad” – into something more closely resembling the North Atlantic Treaty Organisation (Nat), a senior US State Department official said on Monday.

The US government’s goal is to get the grouping of four countries and others in the region to work together as a bulwark against “a potential challenge from China” and “to create a critical mass around the shared values and interests of those parties in a manner that attracts more countries in the Indo-Pacific and even from around the world … ultimately to align in a more structured manner”, said Deputy Secretary of State Stephen Biegun.

“The Indo-Pacific region is actually lacking in strong multilateral structures,” he said. “They don‘t have anything of the fortitude of Nato or the European Union. The strongest institutions in Asia oftentimes are not, I think, not inclusive enough and so … there is certainly an invitation there at some point to formalise a structure like this.”

Biegun cautioned that Washington would keep its ambitions for a Pacific Nato “checked”, saying that such a formal alliance “only will happen if the other countries are as committed as the United States”.