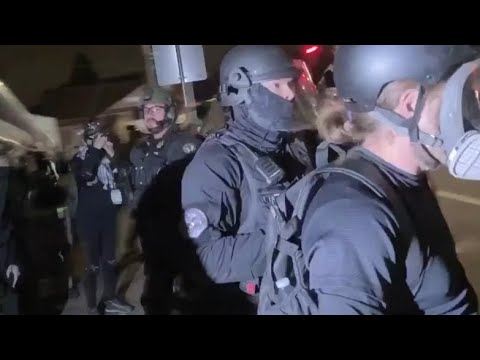 Messy, but PERMANENT. Legal authority will not clean it up, they will quell it just enough to dull the sharp criticism they are receiving. Arrests are useless without severe punishment, many subhuman Democrat fascist communist terrorists need to be executed along with their terrorist Democrat Party godlings in Congress, they are all GUILTY of arson, murder, assault, property destruction, treason, insurrection, looting, stealing, terrorism, subversion, and violating the civil rights of decent American Citizens, every damned one of the subhuman filth that participated, funded, aided and abetted, or directed the terrorism at any level.