DOJ Spokesperson Kerri Kupek appears with Martha MacCallum to discuss the ongoing DOJ and FBI efforts to track, trace and identify the groups and individuals carrying out domestic political violence.

Personal Note – Ms. Kerri Kupek is a committed, solid and professional person representing the institution of the DOJ and her immediate boss, Attorney General Bill Barr. As such Kupec is not obtuse, intellectually disingenuous or prone to subject avoidance; however, she is also representing a flawed and fractured institution that still contains considerable elements of corruption. 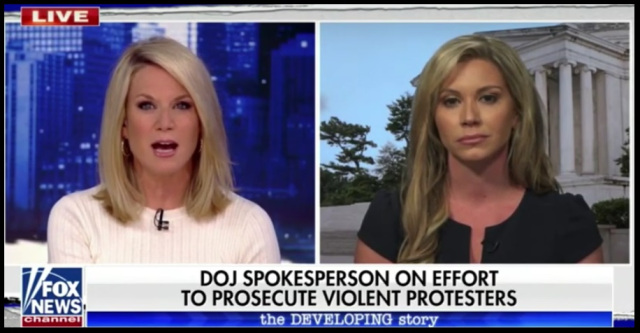 Biden May Give Amnesty, Reparations to Deported Illegal Aliens Under Trump